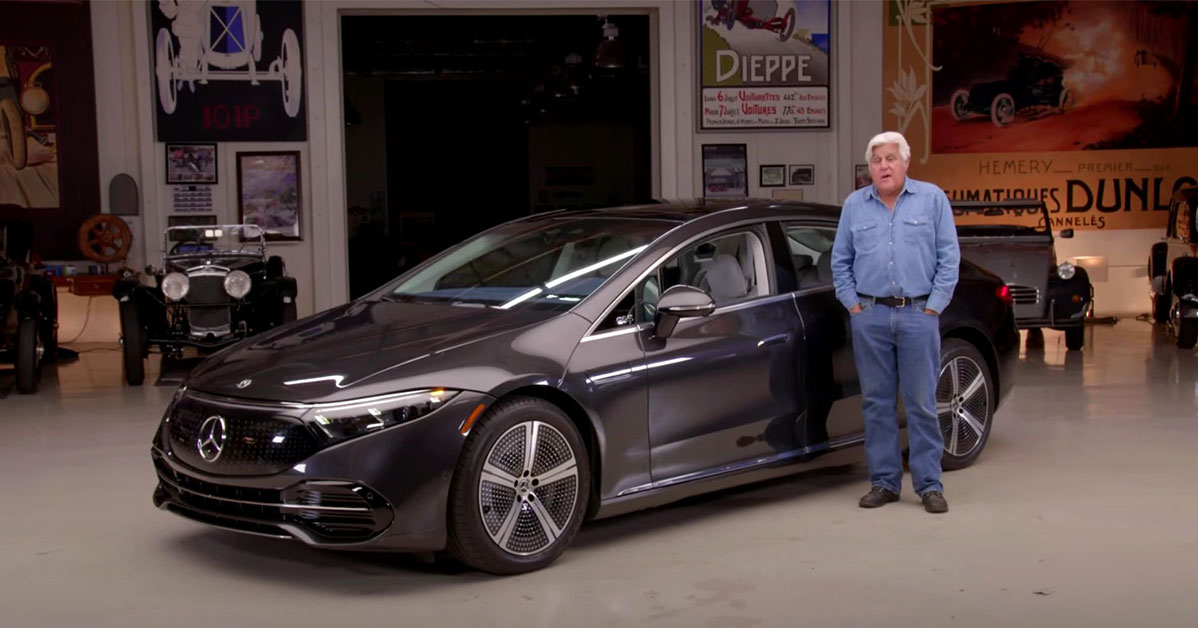 Once the groundwork has been laid for any industry, there comes a time where it’s time to start building on top of it. One of the industries that have solid groundwork at this point is that of the electric vehicle. Tesla has seemed to pave a path for all sorts of automakers to begin making their very own rendition of the electric car as is applicable to mass production.

This time, we check in with Mercedes-Benz who, as many might’ve guessed, are taking a shot at the high-end luxury version of an electric car. Don’t get us wrong, there are a lot of great options out there. However, it seems as if Mercedes’s EQS really takes things to an entirely new level. This thing is incredibly slick when we step inside.

With the help of Jay Leno’s Garage, we are given a complete tour of the car that really takes luxury and pushes it into the future. While this thing looks like a concept vehicle, it is very much going to be a real-life car that we see driving around on the streets.

The features inside are incredibly abundant and really need to be seen to be believed. Right from the get-go, we’re greeted with a pretty crazy feature that opens up the door without any instruction once the driver gets close.

Things only get more enticing from there as this thing is clad with all sorts of clever little tricks and of course, lots of screens that will show you just about anything that you could possibly want to know about your ride and some things that we would’ve never even thought of. Oh yeah, and in addition to being luxurious, this thing is also functional as well as providing what our host calls the best drag coefficient in all the electric vehicles, helping out that 478-mile range.

For those who are excited enough to think about purchasing one of these insane machines, Car and Driver estimated the EQS450+ to start at $96,000 and the EQS580 4Matic to start around $116,000.