In a recent press event in Nashville, Tennessee, we received some massive news from ...

In a recent press event in Nashville, Tennessee, we received some massive news from Mercury Racing… literally.

The company has pulled the covers off of a new, 450-hp outboard engine. That’s right, tons of power is on tap with what the manufacturer is considering to be one of the best in class. They even go so far as to claim that the engine boasts the best power to weight ratio in the industry. The engine weighs 689 lbs. For those who don’t speak outboard, they say that’s 300 lbs lighter than the competition.

The engine is based on the same 4.6L V8 that we find in their 300hp version of the engine. The re-engineered 450 adds a supercharger to shake things up a little bit.

The best part is that this thing can run on 89-octane. There’s no going out of the way to get some extravagant type of fuel to tap into all 450 ponies. Pull right up to the fuel dock and load the tank because it’s time to go boating.

For those looking for a little extra kick, powerandmotoryacht.com reports that there’s an easy way to pair these bad boys. The site insists that “To control the powerful engines, Mercury’s Zero Effort Digital Controls can run up to six engines on a single lever. In addition, Joystick Piloting is an option with Skyhook and Integrated Auto Piloting.”

It’s almost hard to imagine six of these things in sequence. We’re sure that someone is crazy enough to do it, though.

Be wary, though. Each one of these babies is going to set buyers back between $54,000 to $64,000 depending on how they outfit it. We’re not mathematicians but when stacking several engines on the back of the boat, that’s quite the sum of cash. We’re sure that, when they’re wide open, it’s more than worth the investment, though!

A Swamp Boat Powered By A Duramax Diesel? Yes Please! 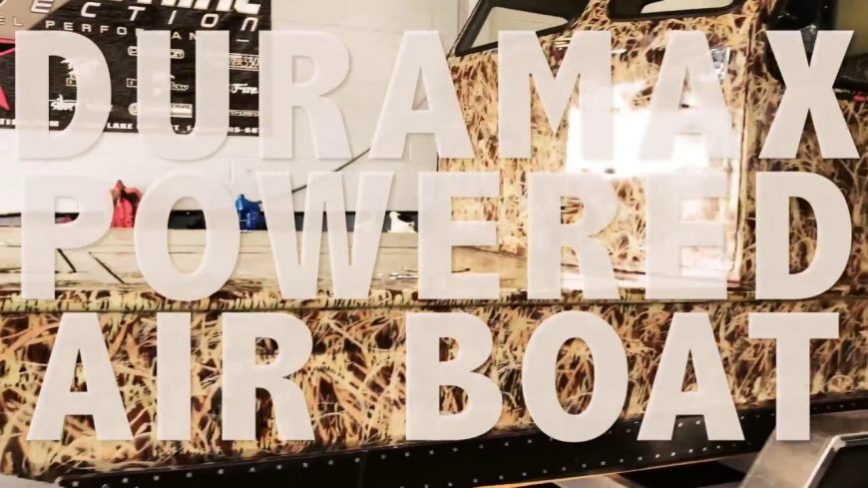