Miata Driver’s Joyride Cut Short as he Drifts Around Corner RIGHT in Front of a COP! 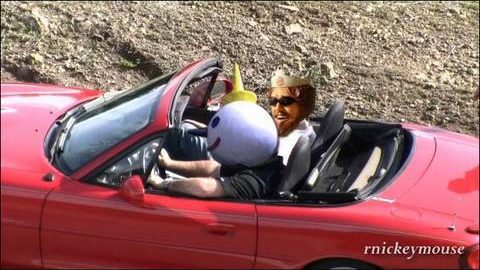 I think that at one point or another, most of us have had some sort of itch to scratch that need for speed. However, it’s important to remember that there’s a boundary that can be crossed on the roadways where are scratching that itch leads to something illegal. Sure, we’ve probably all laid into the throttle a little bit more than we should have on an on-ramp or empty highway before.

Sometimes, such behavior is accompanied by the feeling of looking over one’s shoulder. A spirited drive can be fun but pushing the limits might come with a little bit of police intervention if you go too far. For those who have ever been caught speeding, the worst feeling in the world is having those red and blue lights flashing behind you. Not only is it an indictment on your ability to pick your spots. It also is probably going to come with a fine and maybe even a hike in one’s insurance premiums.

This time, we check in with the driver of a Mazda Miata who just so happened to be in In the wrong place at the wrong time. On the world-famous Mulholland Drive that is well known for its drivers that push the limits and end up in accidents, the driver of the Miata appeared to be one of those motorists to wanted to head out for a little bit of a spirited drive. The scenic nature of the road and its twists and turns definitely make it a fan favorite for this.

However, it looks like the driver behind the wheel here picked exactly the wrong time to try out his talents in drifting. Drifting is definitely one of those things that we never think should be attempted on public roadways. I mean, at the end of the day, it’s going to be difficult to explain to a police officer how this isn’t reckless. In any case, this driver took a shot and ended up getting caught.

Below, we find that the crowd reaction here is just about priceless as this guy likely ended up with that sinking feeling that no motorist wants any part of.