It seems that part of working at Midwest Street Cars is being active in the streets ...

It seems that part of working at Midwest Street Cars is being active in the streets in one way or another. Even if you don’t have a big tire twin turbo street-raced racecar, there is still plenty of action to go around for vehicles of all types and performance levels.

As a group, the Midwest crew has several rides to choose from when it comes time to throw down in the 405. Starting from the top down, they have Chief’s Crow and Shawn’s Murder Nova, which we see in action almost every week on Street Outlaws. After those two, we have these four. Just based on what I can tell from this video, it looks like Juice, the black Silverado is the next quickest, though Chief’s CTS-V known as Caddyjack certainly looks to be getting quicker every time we see it. We’d have to see them line up side-by-side to know for sure which one is quicker, but they definitely appear to be numbers three and four on Midwest’s own list. Then there is Chichi, Phantom’s white Silverado, and Manvan, the white Trailblazer SS that, at least last I heard, also belongs to Shawn. While these two may be the slowest of the group, neither of them appear to be all that slow.

It sounds like Manvan may have a new transmission in its future, as the shifts are just too slow and sluggish for a ride that has potential to be pretty quick. I can’t really tell what happened to Chichi on the one hit where she was throwing sparks from somewhere in the rear, perhaps a broken suspension part allowed that side of the chassis to contact the road.

You already know these guys know how to throw down on Monday nights, but with all of these rides on deck, they’re liable to be out rustling up some action on any given night around Oklahoma City. Just remember what you’ve seen here if you happen to run up on any of these rides, you should know what to expect! 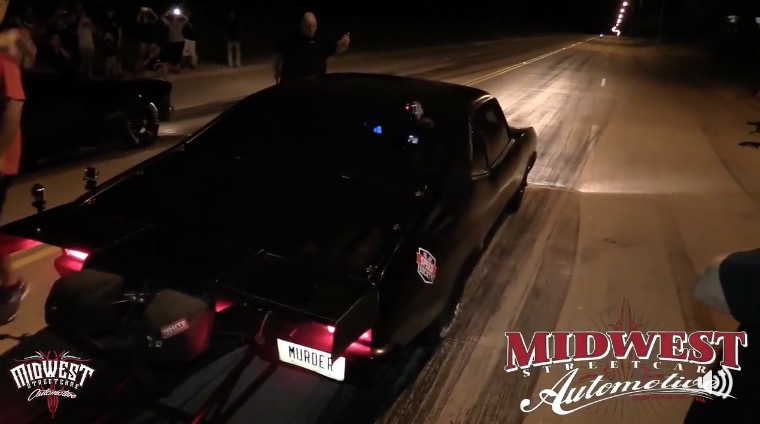