Mike Murillo goes head to head with The Fireball Camaro for $40,000! 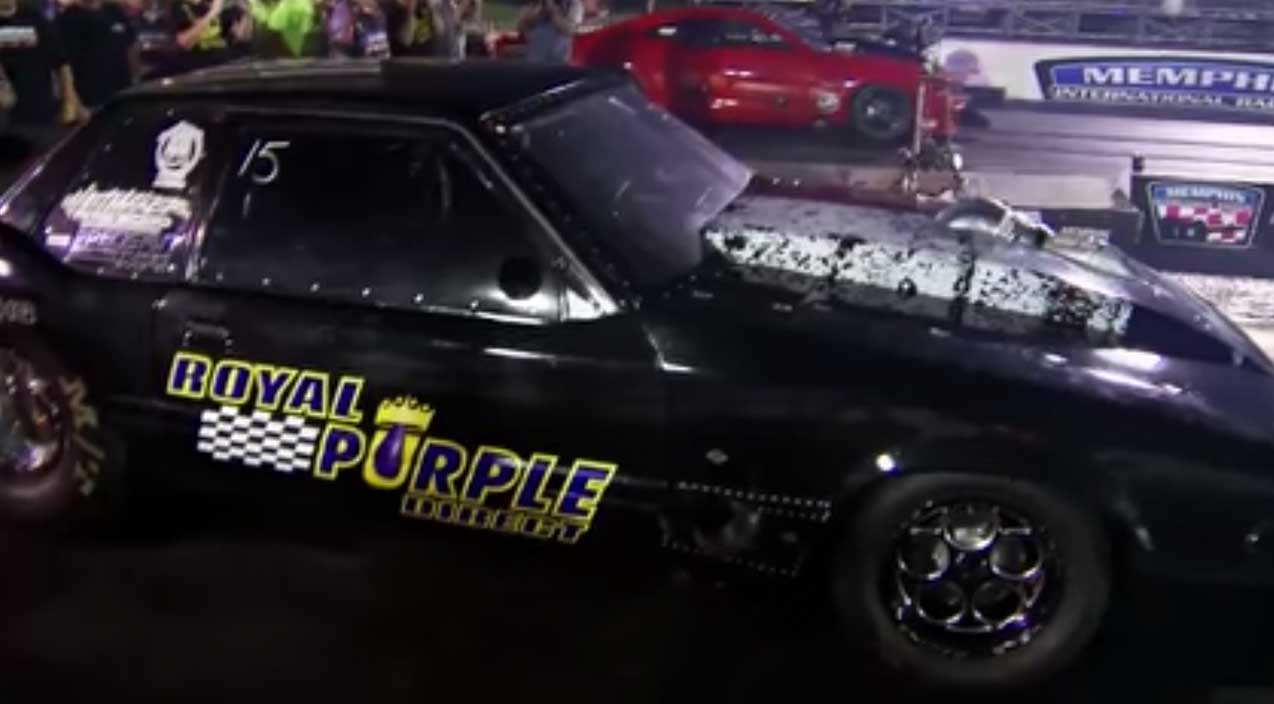 Mike Murillo is a name many racing fans have been hearing for years. Mike is a 14 time world champion in the NMRA/NMCA series, and generally a small tire racing legend! Mike has raced from coast to coast in his iconic Fox body Mustang, which he’s lovingly named Lafawnduh. We’ve also seen Mike racing on Street Outlaws, and more recently on its spinoff No Prep Kings. The video below from the Street Outlaws Facebook page features a big time final round matchup for Murillo as he rolls into the final round to take on Ryan Martin in the Fireball Camaro.

Things haven’t always been great for Mike in the no prep world. He and his team struggled for a good bit of time to figure out this new style of racing, even having a bad accident before a race in Edinburgh, Texas where he rolled Lafawnduh over a guard rail. The team pushed through all the growing pains of a freshly built car, a better power plant, and stiff competition who had an experience advantage on this new surface though. Never giving up, even with his own promotion with good friend, and partner Scott Taylor taking up much of his time. They got the car figured out, and have become a force to be reckoned with in the new series.

Going into this race in Memphis, Martin had the points lead and a lot of momentum, and his ProLine-powered hotrod was favored to win, but the wily veteran Murillo has never been one to walk away from a fight. When the light dropped, Martin’s Camaro left hard, and the red rocketship continued to pull away, leaving Murillo with the best worst seat in the house to watch nothing but taillights and parachutes.

Of course, had it been Murillo that left first, things could have been much closer at the finish line, so look for Mike to be trying to knock the tree down next time he lines up alongside Martin. Revenge is one of the best motivators there is, after all!

« Diving into the One Car that Dale Jr. Will Never Get Rid Of