Mike Murillo vs Bobby Ducote at Topeka No Prep Kings 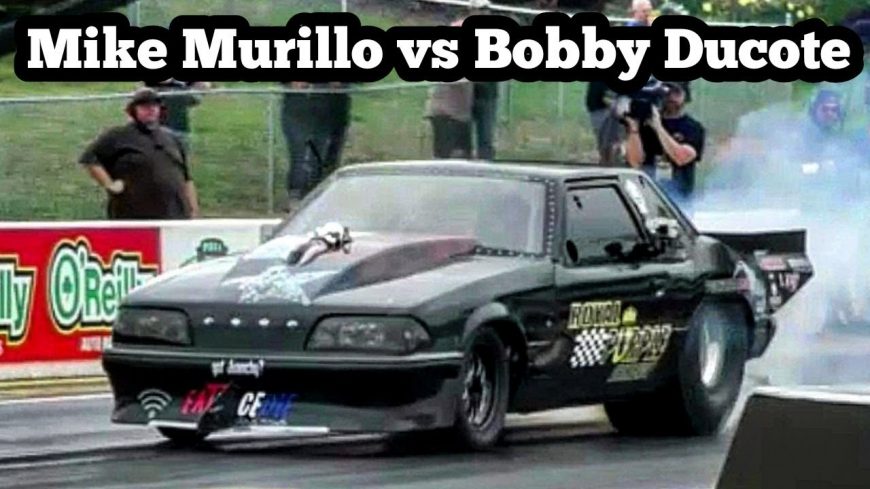 One of the great things about No Prep Kings is it brings together some of the biggest names from the typically-exclusive worlds of street and track racing. While we’ve seen some guys cross over, either way, the NPK series has brought these two groups together consistently and with a healthy level of parity.

When it comes to track racers, there are few bigger names than Mike Murillo. While he may not be a household name to casual fans of drag racing who only know those racers they see on Fox Sports on Sunday, Murillo is a fifteen-time world champion who knows as well as anyone what it takes to win under just about any circumstances.

Bobby Ducote may be more of a household name thanks to his role of the small tire kingpin on Street Outlaws New Orleans, but don’t let what you saw on TV fool you into thinking Bobby only gets down on the street. With the big paydays and television exposure promised by the No Prep Kings, Ducote had zero hesitation getting his twin turbo fox body ready for no prep duty on the track.

While logic would dictate that Murillo would have a bit of an advantage just based on his decades of experience on the track, the lack of prep certainly evens the odds in favor of Ducote, who is used to tuning his car to the available traction no matter where he’s racing. In anybody’s book, this would be a coin flip, and as you will see, it was hardly a walk in the park for either driver.

When the green light drops, it’s Murillo who pulls out to an early lead, but both cars run into traction issues down the track and the drivers have to pedal. It looks as though Bobby may be able to get back in the throttle soon enough to drive around on the top end, but he runs out of real estate and Murillo lights up the win light on his side of the track.

Don’t think for a second this is the last we will see of these two duking it out. Something tells me this may be the beginning of a see-saw battle between these two badasses.