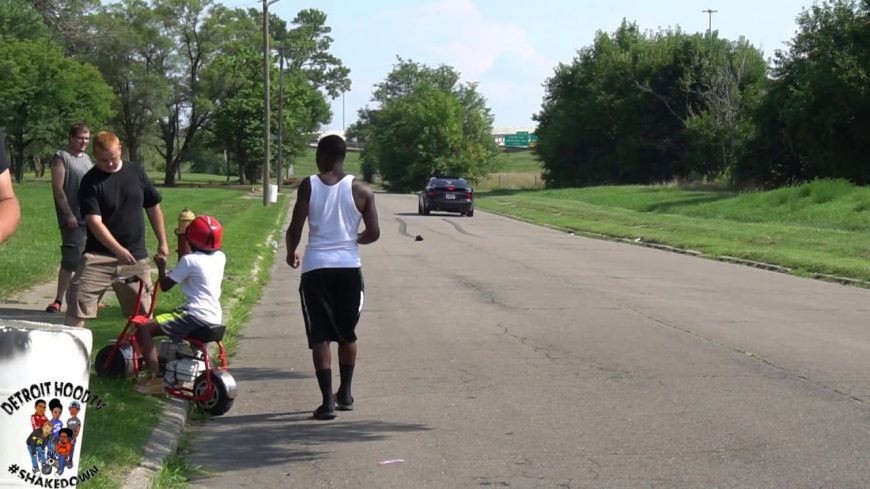 If there’s one thing that we have learned when it comes to drag racing, it’s that that you should never have any sort of expectation of the vehicle in the next lane over being slow. In a world where sleepers could be lurking just about anywhere as people build everything from minivans to pickup trucks and everything in between, you never really know what could be next to you and therefore, we would probably recommend keeping your guard up at all times, especially when it comes a situation where you just so happen to be racing for money.

This time, we happen to run into somebody who appears to have been lulled into such a situation as he lines it up and ends up drag racing with none other than a minibike. You would think that, as a minibike, there’s no way that the machine would be able to beat any car but in this particular situation, we see that the contrary is true as the bike actually ends up having a shockingly quick ability to get off of the line and put a couple of car lengths… Or, bike lengths, rather, on this Pontiac Grand Prix that’s giving it all that it’s got. From the different tires on the front, we would at least assume that the owner of this Grand Prix has modified it a little bit too and those cars are no slouches.

If you follow along with the video below from Detroit Hood TV, you’ll be able to catch up with the action as the bike absolutely ends up shocking the owner of the car as the small but mighty machine either hangs right in there with the Pontiac or ends up beating it in each and every race. As someone racing against the bike, this almost seems like a lose-lose situation because if you win, well, it was probably expected but if you lose then you just lost to a mini bike!

« Man Pranked Into Jumping on a Random Car