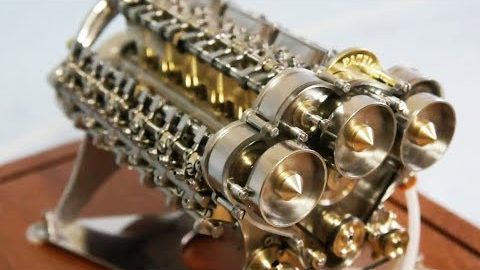 A lot of times, when it comes to the automotive world, beauty can be found in things like simplicity. Just because something does not a whole lot of moving parts isn’t to say that it isn’t an amazing feat of engineering. In fact, if something does have fewer moving parts and is able to still accomplish an amazing goal, it might be even more impressive to take a look at. There’s just something about that act of less accomplishing more that really is satisfying to hold on to.

However, on the other hand, it’s an equally satisfying phenomenon when you do have a whole collection of moving parts coming together to act as one. Being able to get all kinds of moving mechanisms on the same page as one another is a phenomenon that really can be something to feast your eyes on.

In this one, we check out a machine that most would probably consider to be a member of the latter. While the Bugatti Veyron has proven itself to be a performance beast, that doesn’t come without a good amount of moving parts. In fact, instead of traditional “V” or in-line configuration, the 16-cylinder engine that you’ll find under the hood of one of these cars is laid out in a “W” configuration, Making the Bugatti even more mystical than it was to begin with. As if the million dollar hypercar that makes over thousand horsepower wasn’t enough of a conversation piece, when you get into the way that the layout under the hood is configured, it becomes even more so.

If you follow along with the video below, you’ll be able to dial in with some of these parts, getting up close and personal, as they get their moment in the sunshine when this individual takes the liberty of building a miniature engine based on exactly what you would see underneath the hood of a real-life Veyron.

« Drake Talks Giving Away $1 Million, How He’ll Top it, As he Hops into LaFerrari