There are plenty of reasons why perfectly good vehicles might be crushed. Sometimes, ...

There are plenty of reasons why perfectly good vehicles might be crushed.

Sometimes, the vehicles in question Have been obtained as a part of some sort of illegal operation. When these sorts of vehicles end up in the hands of authorities, the only thing that they really can do is crush them. We find people who like to chip in their opinion that they would very much enjoy some of these vehicles. However, if law enforcement started to auction off vehicles, that would provide them with an incentive to commandeer even more of them. Trust us, nobody wants to police for profit.

Lots of times, we will see vehicles crushed if they were bought with the drug money. If they’re destroyed, not only does this send a message. It also doesn’t allow anybody to profit from policing.

In this particular situation, we can’t say that this is exactly the case. Instead, we watch as a motorcycle is crushed and the narrator behind the video says it has 0 miles on it. It wouldn’t make that much sense that somebody had owned this vehicle unless it was just sitting around waiting to be used when it was apprehended. While “drug bust” was our initial thought, this video posted without a story has a much more likely explanation.

The most likely situation here is that these vehicles suffered some sort of damage. Even though it might not be apparent and maybe doesn’t even exist, insurance was likely involved here. If we said that a shipment of motorcycles was damaged on the way to their destination, insurance might’ve paid out on the entire lot. That means that this motorcycle technically was totaled even though it might not look like it. Furthermore, it could be the result of flood damage or some other sort of situation like this. In other words, it looks fine but might not be safe to drive.

In these cases, many times, the vehicles will end up at auction. However, if it’s a new vehicle, perhaps the particular type of damage would deem it unsafe for use. Essentially, what we’re likely watching is the result of someone protecting themselves legally by not selling the bike. 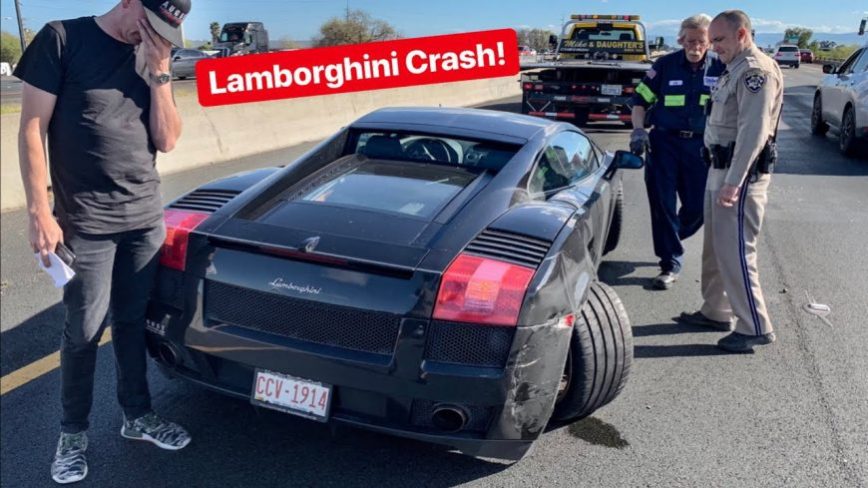