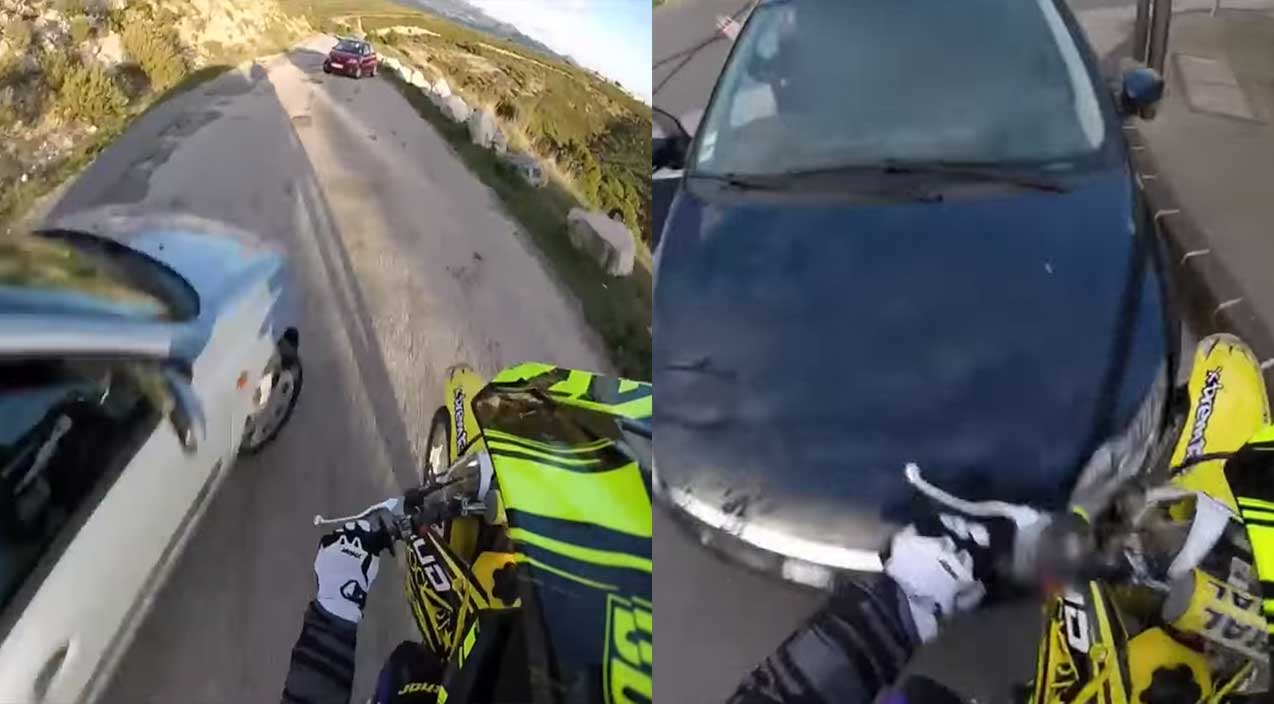 Before we get into this video, we’re just going to preface it with the fact that running from the police is never a good idea. For those who think that they want to take the slim chance that they have of being able to physically outrun an officer, they have other ways of getting you. Don’t forget, there’re a lot of taxpayer dollars invested in high tech equipment like radios and helicopters that are designed just with the idea of tracking you down. Now, it doesn’t look like they needed to go through those far lengths to capture this suspect but he still ended up getting run down by the man.

We can’t 100% say for sure exactly what it is that this guy did. Apparently, though, he really didn’t want to stick around and have a chat with the cops. Perhaps, it wasn’t that bad and he just figured that he had a good chance of outrunning his tail since he was on two wheels. On the other hand, though, maybe he was running for his freedom. One thing is for sure in the fact that he seemed to have a pretty strong urge to get away. It turned into a battle of wills that apparently this two-wheeled madman wasn’t going to win.

By following along with the video below, we’re taking along through the pursuit as the rider tries to find his best possible route to freedom. However, as it turns out, he didn’t quite pick all of the proper turns to make. At one point in the video, the rider ends up going down pretty hard. With the adrenaline flowing through his veins, he couldn’t help but try to back up and keep running. This is where the hit happens that any NFL lineman would be proud of. It’s certainly something that you’ve got to see for yourself.