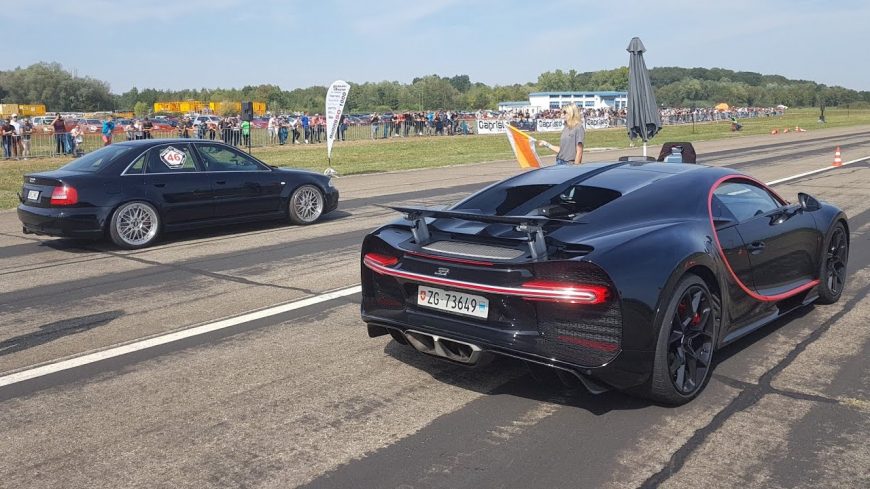 When it comes to shelling out money for a car, sometimes, there may be machines that most people in the world won’t be able to get their hands on in this lifetime, but instead, will only be able to ever look at. Pretty much anything with a Bugatti logo on it is going to be a vehicle that’s reserved for the superrich. As these cars have put together quite the reputation for a level of attention to detail that is second to none and performance figures that are pretty insane, they have certainly cemented themselves as a highly respected brand that you will commonly find eclipse thing the $1 million mark, in this case, closer to triple that and then some.

However, while these cars might be something that most people can’t get their hands on in real life, the performance that they offer isn’t necessarily unobtainable. If you’re willing to shell out a couple of bucks, in fact, the performance that you’ll find under the hood of these Bugatti beasts isn’t something that is all that rare, even. Sure, being able to crank out four figures of horsepower, around 1500 in the case of the Bugatti Chiron, isn’t something that you’re going to see every day, but it’s not as impossible as the untrained eye might have come to believe.

If you follow along down in the video below, you’ll be able to check out a car that, while still not exactly something that you’ll be able to pick up for pennies, is something that comes in at a fraction of a fraction of the price that you will pay for something like a Chiron but in this video, you’ll see how a 1300 hp version of the Audi RS4 is still able to give this ultra expensive hypercar a run for its money.