We’re sure that, as the well-known car guy, Shawn Ellington aka “Murder ...

We’re sure that, as the well-known car guy, Shawn Ellington aka “Murder Nova” probably gets all sorts of opportunities dropped right in his lap. Of course, when something awesome comes up for sale, there are probably a lot of folks who think of him as a potential buyer. With that, it seems like Shawn enjoys the art of the flip every once in a while. With this effort, he will put a little bit of elbow grease into a car in order to fix it up before trying to sell it to somebody for a little bit of a profit.

One of the most recent cars that became part of this endeavor was none other than the old-school Chevrolet El Camino. The El Camino was in pretty good condition when Shawn picked it up but after cleaning it up a little bit, he was able to pretty quickly find a buyer for the car.

One of the interesting things about doing this, though, is that even for such a well-respected car guy like Ellington, he might even stand to learn a couple of things with flips like this. For example, this time, he stumbled into a pretty good condition car that ended up being quite a bit of a unicorn. The combination of factors was one that people didn’t really get all that often as it combined a big block with different niceties like air conditioning and power windows which weren’t so common back in 1968.

By following along with the video below, we get to see the maiden voyage that also ends up being the final voyage for the machine. We would think that Shawn would have been the perfect owner to take the car and spruce it up a bit. However, as we get to meet the new owner as well, it seems like the heavy Chevy is going to a good home.

Murder Nova Found an El Camino in a Field For Years, Tried to Get it Running Again 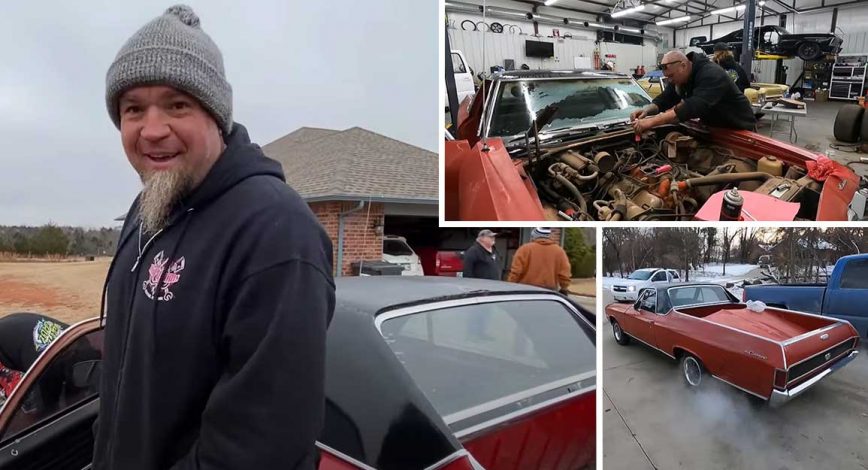