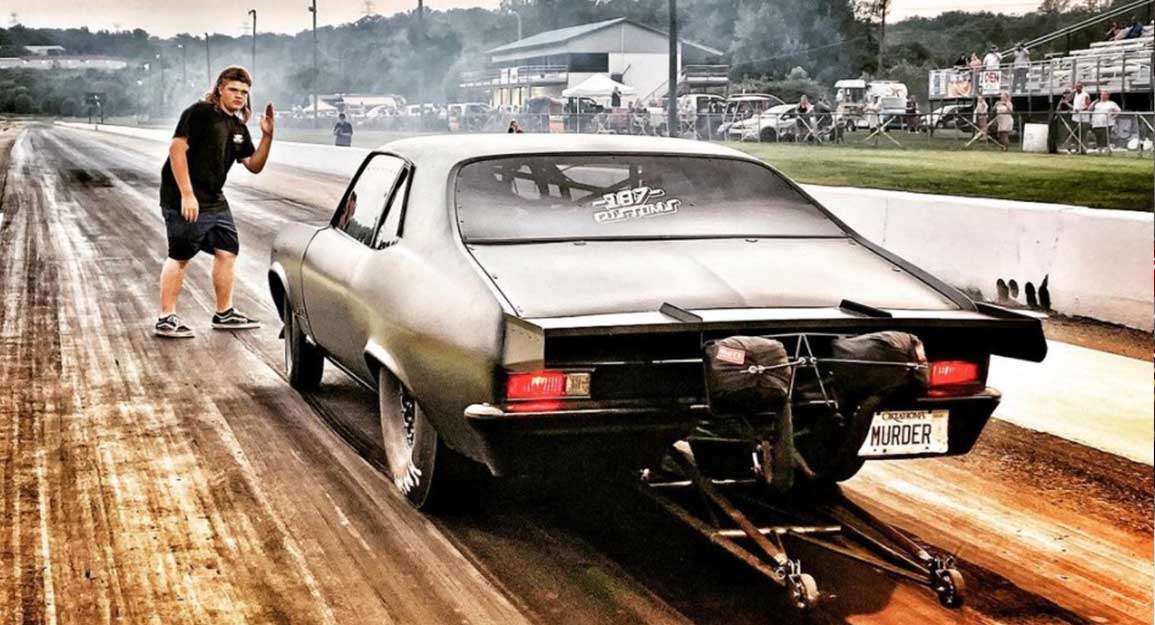 As time goes on and some of our favorite Street Outlaws get older, we can’t help but wonder what the next generation has to bring to the table. After all, it has been eight years since the show originally aired. Since then, not only have our competitors gone through a lot of growing and developing themselves but their families have as well.

Over on team Murder Nova, we can’t help but feel like there is a new racer in the making. Recently, over on the 187 Customs YouTube channel, we have watched as Mr. Murder Nova himself has brought his son, Aiden, into the fold a little bit. On the channel, we have watched as Aiden got his first car and worked on it with a little bit of help from dad. Having your father be a competitor on Street Outlaws is definitely one way to ensure that your first ride is a badass machine.

This time, we check in as Shawn attempts to iron a couple of things out and Aiden is right by his side, helping out. In fact, the racer admits that his son reminds him a lot of himself. This comes from the knowledge that he’s picked up all the way to sarcastic comments that keep the conversation in the garage lively. For all we know, we could be watching the growth of the next big street racer right in front of our eyes.

Below, we catch up with just a little bit of the dynamic that makes this father and son duo one to watch. Aidan hasn’t quite gotten the level of experience that it takes to step up to the big leagues just yet. However, we wouldn’t put it past him to be competing for a spot on the list or perhaps even big money in cash days one day.

Who knows? Maybe there will even be a day where Aiden ends up leaving dad in the dust on the streets.

In this first episode of “Build Aiden’s Chevelle” you’ll see Murder Nova and Aiden working and discussing what they’re doing to this 1972 Chevelle, why, and what the future may hold for this sweet ride!

« How Bad Does a Car Need to be to Get a ZERO-Star Crash Rating?