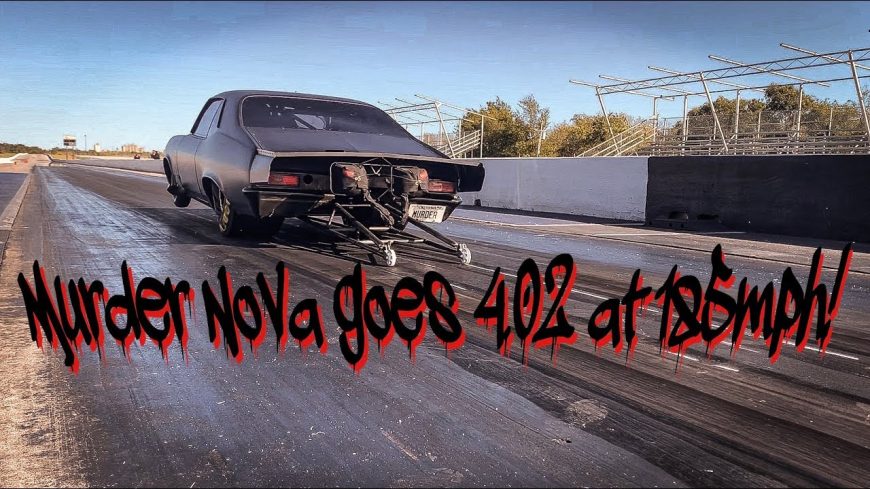 When we’re thinking of some of the most dominant racers out there, Murder Nova might just enter our minds. Up until now, Shawn has built quite a reputation on the streets. From there, we’ve seen him busting into the world of no prep a bit. Most recently, we’ve seen Murder Nova actually lighting the boards in some traditional racing competition.

Just like with anyone else, Shawn is on a mission with lots of twists and turns. Sure, he has had the chance to do a lot of racing and gather a ton of data. However, no matter who you are, there’s always some improving to do. Constantly changing technology and knowledge means that nobody is ever going to be perfect. Even when one gets close, they have to keep on bettering themselves so the pack doesn’t catch up.

Check out the video below that put you on the starting line next to this incredible feat of racing awesome that is the result of tons of hours of design and hard work that have finally come to a head. We’re sure that this is just the beginning. When a car is that close to making it to the next level, it’s hard to not want to push harder. It might only be .03-seconds away from a 3-second pass. We’re sure that Shawn is absolutely craving that 3 at this point, though. Be on the lookout for Murder Nova to make waves in the coming months as the weather begins to cool.