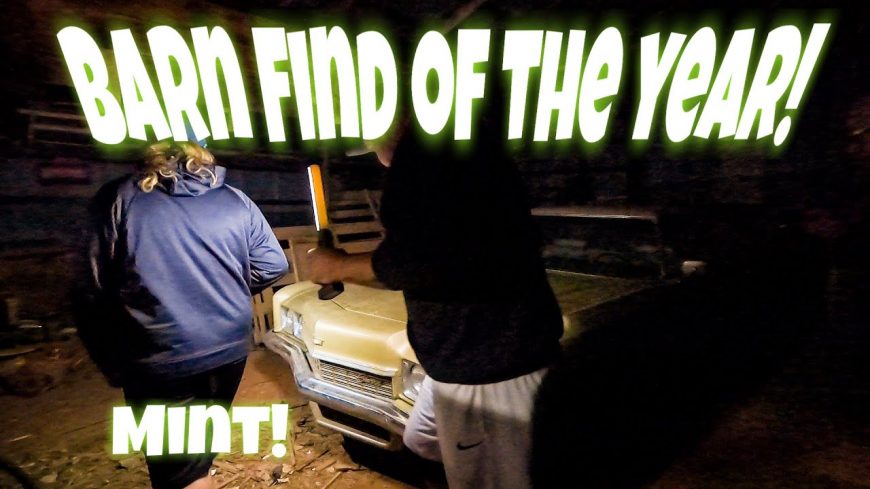 Out there in the world, there are all sorts of real-life hidden treasures that most don’t even know about. Sometimes, these things are left behind and abandoned entirely. Other times, folks will decide that at some point, it’s time to sell the car that has been sitting around for decades upon decades. Coming to that realization that it’ll probably never see the road again without being sold as a big part in getting some of these things back to the streets once again.

As it turns out, Shawn aka “Murder Nova” has always kept his eye out for specific cars on Facebook Marketplace. This time, it turns out that he just so happened to come across one of those machines on his list and had the opportunity to go look at it and maybe even buy it. The example this time is a 1972 Chevrolet Caprice four-door hardtop.

This particular car had quite an impressive résumé. On the clock, they were simply 50,000 miles on the car that has been sitting since 1987. While such a low mileage such a ride could be a great find but the fact that it has been sitting around for so long might mean that rust has begun to take over. One of the parts about a barn find that is equal parts scary and exciting is that you never really know what you’re going to get. This is what really makes looking over the car an adventure.

By following along with the video below, we get to go along for the ride ourselves to witness all of the excitement with such a process. In other words, we’re cashing in on the hype without having to spend the time or effort that Shawn is putting in! Luckily, he’s willing to take us along for the ride – That’s one of the beautiful parts of YouTube videos like these.

« The Games Have Started, The Crown is Up For Grabs! Who Will Be The King of the 405 Streets?