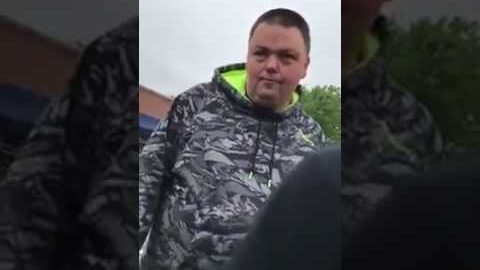 We’ve all ran into “that guy” who makes audacious, if not completely implausible, claims about his car, but this guy could tell the tallest tale we’ve ever heard. According to this Charlotte native, his 1993 Mustang is making over 4,000 horsepower, thanks to some insane – and we mean that literally – modifications.

Not only does he claim the car has three nitrous bottles, but the power is further boosted thanks a a pair of blowers and a supercharger. That’s right, triple-blown and triple-juiced, all mated to a six speed gearbox that good for four thousand ponies. Unfortunately the delusional hotrodder hasn’t taken the car down the strip, so all we can do is guess what his made-up horsepower numbers would translate to on the drag strip.