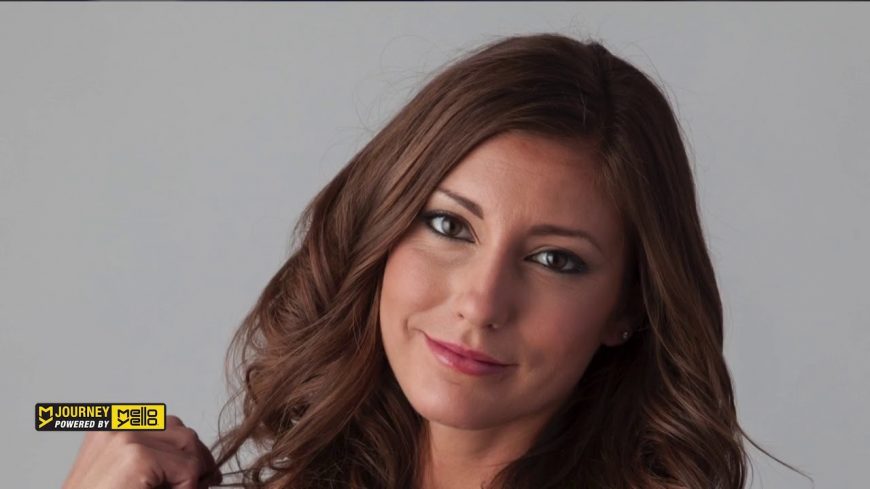 Team Speed Society driver and all around badass chick Leah Pritchett closes her “My Journey” interview with NHRA’s Amanda Busick by saying “I’m proud of what a lot of people have done behind me, to help me get here.”

If you know Leah at all, either as a casual fan or as a close and very cherished friend, you know that one statement sums up her character and her attitude very well. Leah, being a beautiful, tenacious, driven woman in a sport that welcomes women but is still heavily dominated by men, has always pushed herself to be the best, but she’s keenly aware that the people behind her are the key to getting ahead. Throughout her journey to the top of the sport, she’s made sure to give credit to those who make it happen behind the scenes, because without them, she wouldn’t have a competitive car to drive.

All of her life, from her tumultuous relationship with her father to being a novelty “hot chick in a race car” – despite winning often – throughout her early career, Leah has had to face down disrespect while rising above those who refuse to accept that not only is she as good as “the boys”, she’s better than most of them. As she mentions in this segment, much of her motivation to excel comes from her own father telling her she will never be as good as the guys she competed against, words that have given Leah drive and incentive to prove him, and anybody else who doubts her, wrong.

I think it’s safe to say that if she never makes another pass down the drag strip, she’s accomplished that mission. Whether she sees it that way is a different story, though, and just part of the reason I count Leah among my favorite friends: she’s happy with where she is, but never quite content. While I won’t pretend we’re super close, I can always count on Leah if I need somebody to tell me exactly what I NEED to hear, not what I want to hear. She sees the potential in everybody she encounters and knows how to push them to dig down and find a way to make things happen. Or at the very least, she’s comes through at 1:30 in the morning to make you smile with a hilarious text when you’re staring at the ceiling in your hotel in Oklahoma City because girls are dumb. But I guess you just had to be there for that one.

Hit the play button below and learn a little more about the most badass woman in the sport of drag racing and why I love her and why we felt she was such a perfect fit for Speed Society.