In certain industries, efficiency is key. While there are products that one might buy ...

In certain industries, efficiency is key. While there are products that one might buy that might not be the most efficient, when it comes to something like a commercial airliner, that all changes. When flying with one of these commercial airliners, every last little ounce that they can possibly save on a flight could equate to massive savings. We have to remember that every small bit that these companies can save has to be applied to hundreds of thousands of flights per year and tons of miles for each flight. With this in mind, doing something like making an airplane a little bit more aerodynamic could end up saving big time. This really isn’t limited to commercial applications, either.

With this in mind, NASA is taking a look at something that’s called a “spanwise adaptive wing.” Essentially, the technology is kind of a complex hinge of sorts, for lack of a better descriptor. This hinge will allow an airplane wing to fold on axis. All of this is done with the idea of enhancing aircraft efficiency. NASA says that this goal will be met by “reducing drag and increasing lift and performance.” Essentially, from what we understand, the description paints this wing in a picture that will allow aircraft to compensate for a variety of different conditions, handling each while utilizing the least amount of energy possible.

From what they’ve elaborated, the technology for a wing to be able to move in this manner has been around for quite some time. However, it has traditionally been used on smaller aircraft for storage purposes. It will be quite interesting to see how much efficiency can be stretched out of wings simply by changing their shape. It’s rather mindblowing how something so simple can provide such massive gains, in the long run. 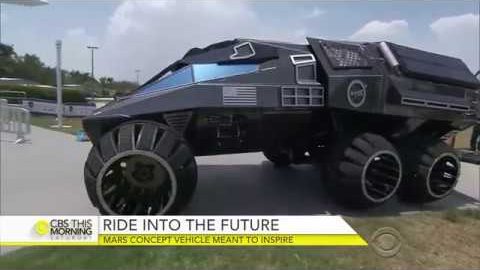