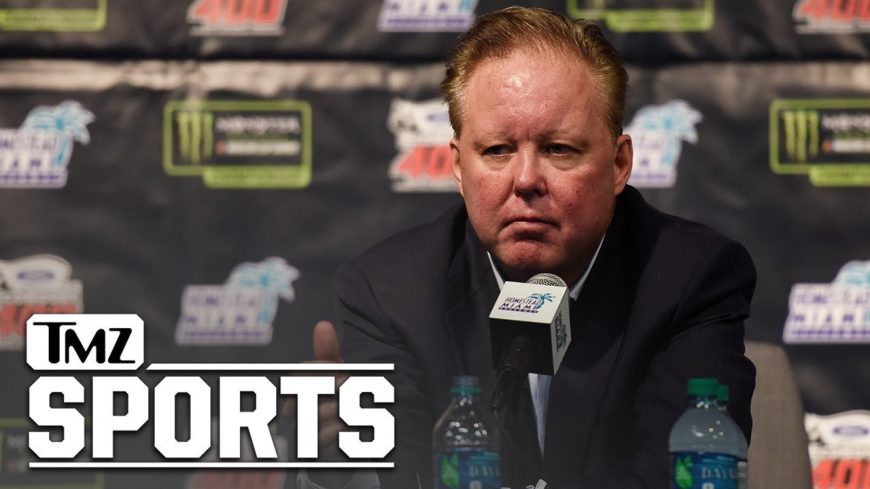 Just Because you have lots of money and major responsibility doesn’t make you exempt from making mistakes. Recently, it would appear as if NASCAR CEO Brian France made a pretty big mistake that is just going to complicate how this sport is perceived moving forward. On the night of August 5 at around 7:30 PM, France was stopped in Sag Harbor, New York, a particularly affluent and exclusive area, for running a stop sign in his 2017 Lexus. Upon conducting an investigation, it would be determined that France would appear to be operating the vehicle under the influence, according to the officers.

Following France’s arrest, the officers would search him as is the normal process and find that drinking and driving wasn’t the only problem that NASCAR’s head honcho would have to deal with that night as the DUI charge that is said to have been recorded at double the legal limit would also be accompanied by criminal possession of a controlled substance in the 7th degree for Oxycodone.

Everybody is human and makes mistakes but this is certainly something that NASCAR doesn’t want to be dealing with, especially with their attempt to revive their fan base. It’s really a time where they need all hands on deck without unnecessary distractions from the goal.

NASCAR did release an official statement to TMZ Sports, who originally broke the story, saying that “We are aware of an incident that occurred last night and are in the process of gathering information.”

Sources say that France was trying to do everything that he could on the scene in order to get out of the incident, including attempting to name drop Donald Trump as one of his personal relationships. Apparently, it didn’t work as he would have to spend the night in jail before being released on Monday.

ESPN reports that “Under NASCAR’s substance abuse policy, France could be suspended and required to go through a recovery program, or he could be subjected to drug testing.”

The story is still developing.