For those who haven’t been paying close attention, NASCAR has transitioned from ...

For those who haven’t been paying close attention, NASCAR has transitioned from the real world to the virtual world. On the heels of the COVID-19 Pandemic, the sport has turned to the rather realistic iRacing simulator. In the eNASCAR Pro Invitational iRacing Series, we have watched some of that sport’s top names duke it out. In addition, we have even seen some retirees like Dale Earnhardt Jr. and other figureheads make their way to the action. There are a couple of iRacing professionals sprinkled in for good measure.

This past weekend, the race that was supposed to take place at Bristol Motor Speedway was obviously canceled. However, drivers would take to their simulators in order to feel a little bit of adrenaline-pumping competition. As the series continues on, it’s going to be interesting to see how things go. Some drivers started off more familiar with the simulator. However, as time goes on and everybody gets to practice, the field should get even tighter.

As for this rendition of the action, we saw quite a bit of debauchery unfold. Just like in real racing, a couple of drivers managed to get tangled up. Just because it was a simulation didn’t mean they were going to take matters lightly, though. Instead, we would watch Daniel Suarez and Kyle Larson going at each other’s necks.

After the two got into an accident, eventually, Larson decided that he had enough. Frustrated with how things were going, he would eventually chase down Suarez and attempt to wreck him. Eventually, the antics would result in both drivers being ejected from the action. Up until now, we didn’t know that you could get ejected from virtual racing. I guess you could say the things just got a little bit too heated in this Pro Invitational.

Honestly, though, these are the situations that really make the virtual racing fun! 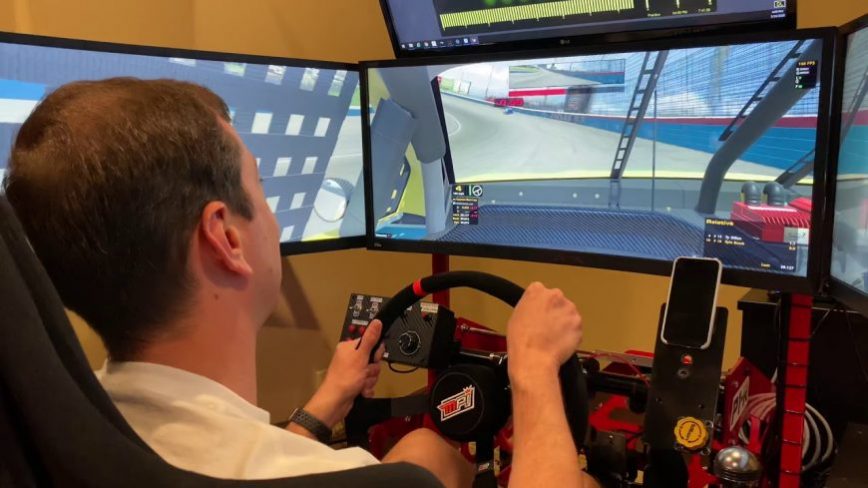