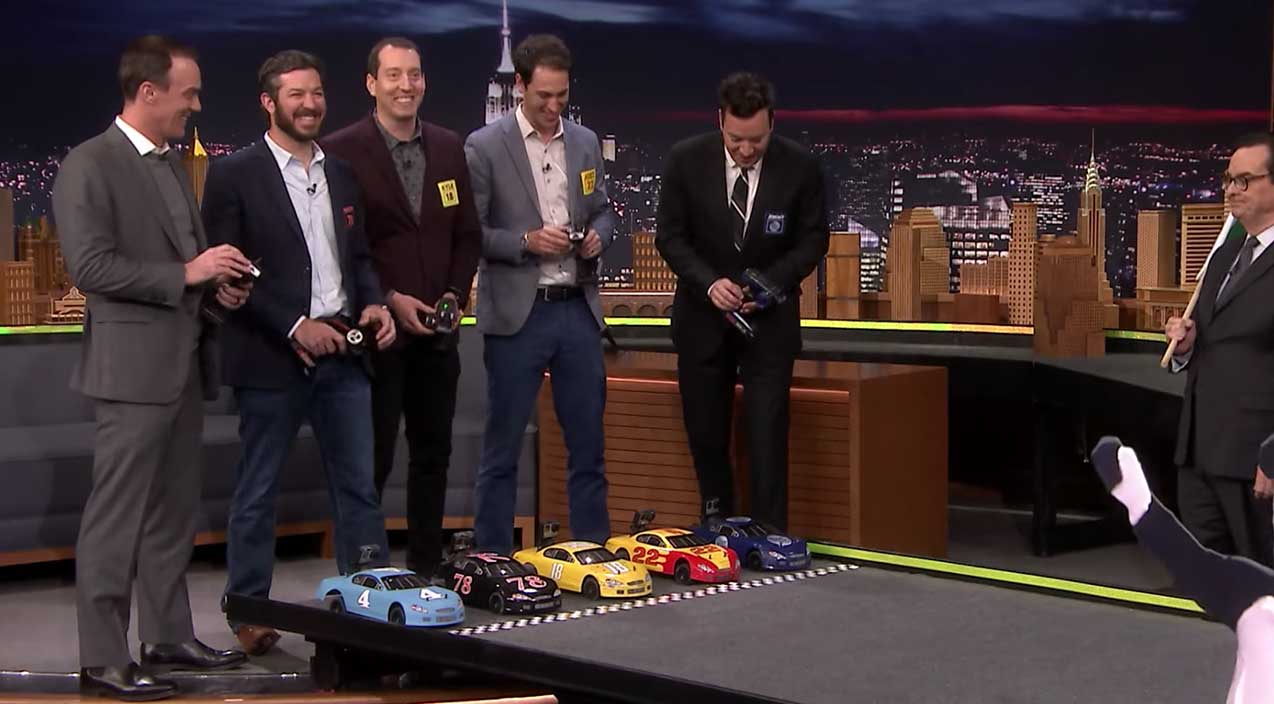 Tonight Show host Jimmy Fallon is a comedy legend, and he and his team always come up with some great ways to entertain his massive audience. With the NASCAR season winding down and the points chase heating up, Fallon had the four finalists with a shot to win the title come by and do a little small-scale preview of how the final race in Miami may go.

Each of the final four drivers – Joey Logano, Kyle Busch, Martin Truex Jr and Kevin Harvick – were assigned an RC car painted to match their on-track hotrods. Jimmy also lined up a car of his own, before laying out the rules for the race, which of course, nobody followed.

With a drop of the green flag, the quintet of racers headed down the opening ramp onto a miniature replica of the iconic Rockefeller Center ice rink. While they were supposed to make 3 laps around the rink, some of them decided two was enough, so they headed off up the track toward the NYC cityscape that stands behind Jimmy’s desk. On the way up, they were supposed to weave between the traffic cones, but as you’ll see, those also become more of an afterthought than an obstacle.

After passing the backdrop and racing down past a beautiful replica of Central Park, the racers would navigate a patch of gravel that seemed to give them very little trouble before zipping under Hashtag the Panda’s spinning body.

Entering the final tunnel proved fairly easy for most of the drivers, although exiting did prove to be a bit of a problem. With no way to see the cars, the drivers just had to feel their way through the tunnel, resulting in a couple of mishaps, including one head-on collision. Martin Truex Jr would be the first to find the finish line, leaping his car over the stripe and lighting off the pyrotechnics. Will is win on the tonight show prove prophetic? We’ll have to wait until this weekend’s race to see!