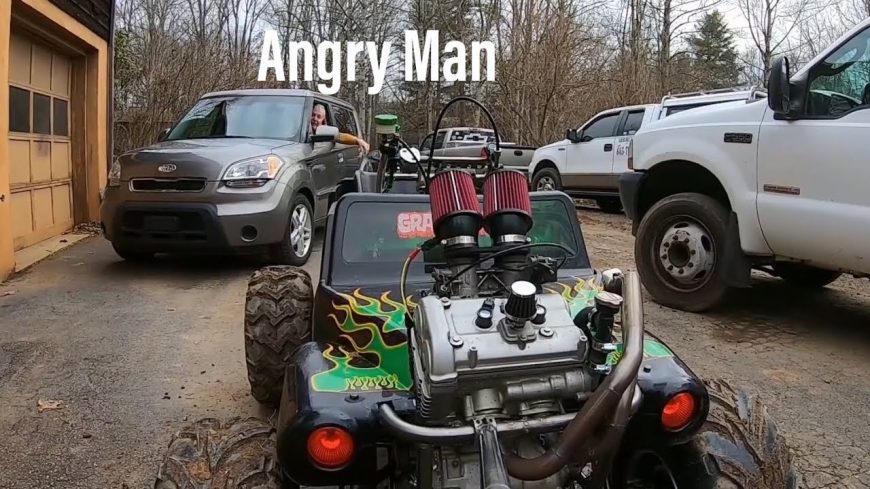 When it comes to the topic of neighbors, we think that most people would probably have something to say. Throughout the course of our lives, it’s likely that we end up next to somebody whose personality doesn’t quite match ours. That’s not always the end of the world, though. There are many situations where people might not necessarily be best friends but could make awesome neighbors. As long as everybody minds their own business and keeps it respectful, living can be rather stress-free.

On the other hand, though, sometimes, we run into neighbors who are tough to live with. When it comes to gearheads, this can go both ways.

Naturally, sometimes, the person next door is going to be a handful. At the slightest sound of an engine, their fingers are on the keypad, ready to dial 9-1-1. However, on the other hand, there probably are some gearheads out there who are really inconsiderate and make loud noises at all hours of the night.

We don’t really like to judge a book by its cover. However, we think that this particular situation falls into the former. In a video brought to us by the rather B welding YouTube channel, we run into one incredibly angry individual. We would think that, for someone who wants to solve a problem with a neighbor, that they would approach the neighbor calmly, at first. Simply being polite and asking for things can really go a long way.

On the other hand, though, it seems like this neighbor was rather upset about the sound of an engine coming from the property in question. Instead of approaching respectfully, this neighbor rolled up, guns blazing. Before even being able to address anything, the man was screaming like a crazy person. Most of the time, stories like these have two sides. However, it’s really hard to take someone’s side when they’re screaming like that. At the end of the day, shouting at someone likely isn’t going to yield the desired consequence, either.

By following along with the video below, you can check out the situation for yourself.