Could This Be The New Bronco Prototype or the Two Door Raptor? 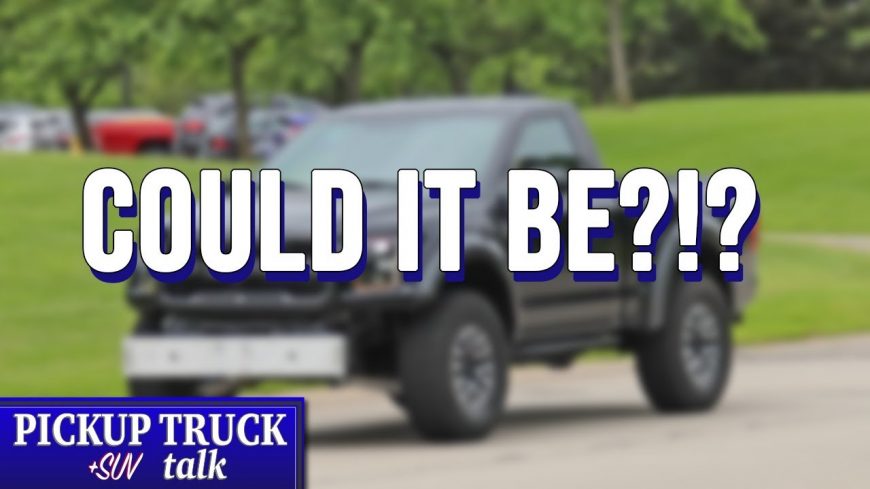 It seems like the world of the performance pickup truck has fallen by the wayside. Sure, Jeep has some gnarly models in their SRT series of SUVs and GM, well, gave up on that segment. We saw a rendition of the GMC Syclone come out thanks to SVE but most would argue that’s aftermarket and doesn’t really count. However, Ford has a couple of promising models that might pique the interest. In fact, it seems like they might even be developing yet another version of their already popular SVT Raptor.

Recently spotted was a regular cab, short bed pickup that bears a striking resemblance to the current Raptor. As we know, the way that the truck come now is in the crew cab short bed configuration. However, it would make sense for the brand to release a regular cab short bed as well. It seems like a transition that would be quite easy to step into. From the outside looking in, such a layout could probably utilize a great variety of the components in rotation on the current Raptor. It might even reach out to an all-new market as well. Brands would be smart to stretch current components as far as they can over several different layouts or models.

Even though this test mule features the same fenders, front grill, wheels, and tires, we wouldn’t get too excited just yet. Ford hasn’t really confirmed much of anything. As far as we know, this might never amount to much. However, on the other hand, it might also mean a new version of the Raptor is coming to life. Folks also speculate that it could be a test mule for a potential full-size Ford Bronco. I’m sure that Ford has a little bit more insight on the market than a journalist like myself. However, I think that I can speak for a great deal of people when I say “sign me up!”

If this platform is the beginning of either a regular cab Raptor or a Bronco, we’re more than ready to see what comes of it!