New Dodge Commercial Shows Vin Diesel Driving The Dodge Demon! “It Don’t Matter if You Win by an Inch or a Mile… “

New Dodge Commercial Shows Vin Diesel Driving The Dodge Demon! “It Don’t Matter if You Win by an Inch or a Mile… “

It was revealed this week that the very first Dodge Demon had rolled off the assembly ...

It was revealed this week that the very first Dodge Demon had rolled off the assembly line, meaning those 3,300 lucky individuals who ordered the limited-edition factory-built drag car should be seeing their cars delivered soon. Even though every once of the units were snapped up within days of the opening of the pre-order process, Dodge is still using the car in its commercials, and we don’t blame them a bit. When you build a car in a factory that yanks the front wheels and runs mid-9’s in the quarter mile, you dang well better use it in your commercials!

Combine the insane on-track performance of the Demon with the gravelly voice of Fast and Furious franchise star Vin Diesel and you have the makings of a pretty awesome promotional piece, especially when you combine it with some killer footage of the automaker’s other badass rides and the fact that Dodge has clearly made performance a priority across its entire lineup. From the Hellcats, available in both Charger and Challenger forms, to the SRT Durango to the record breaking Demon, Detroit has never cranked out so much horsepower, and we are the beneficiaries. It is a great time to be a gearhead, with some of the quickest and most powerful cars ever built available right off showroom floors.

While the original Fast and Furious movie launched the global franchise and an entire massive niche market in the automotive industry, it was full of one-liners that still permeate the car culture, as cheesy as some of them are. One of the less-cheesy quotes was the line repeated by Diesel in this ad, as Dom Torretto, saying “It don’t matter if you win by an inch or a mile. Winning’s winning.” We have to say when it comes to churning our wicked, fun-to-drive factory hotrods, Dodge is certainly winning… by a mile!

Speed Society Goes Behind The Scenes With Dodge to Test Drive The 2018 Demon! 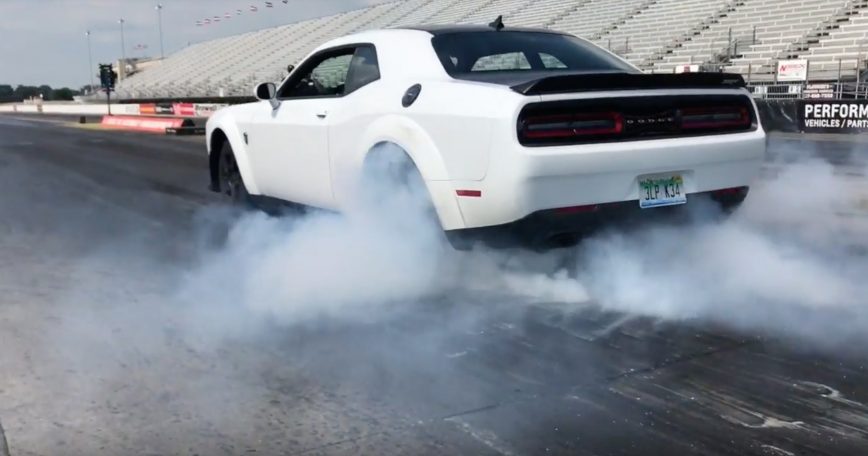