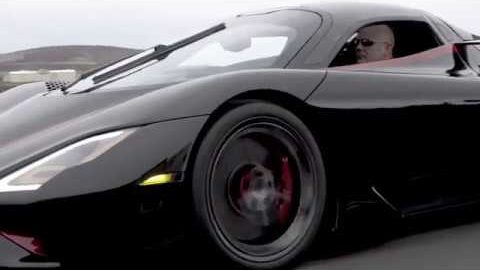 If you, as a buyer, is interested in tossing around a little bit of money to hop into a supercar, there’s the tried and true. One might decide to go with something like a Ferrari or Lamborghini – both good choices. However, for those that want something a little bit different, companies like SSC might just have what they’re looking for.

With one of their latest creations, we’ve seen them stealing the attention. As the 2020 SSC Tuatara makes its rounds, the response seems to be quite excited. What might make one of these cars even more exciting is that there will only ever be 100 produced.

“The 2020 SSC Tuatara has arrived. Industry-leading aerodynamics, extreme horsepower, track-level handling, and dynamic drivability is how this American hypercar breaks boundaries. The story and engineering behind it is how it will make history.” –sscnorthamerica.com

What do you get for such an asking price?

The price to get behind the wheel of one of these things isn’t going to come cheap. In fact, the entry barrier will come to the tune of $2 million.

With that in mind, the car needs to deliver on every axis. To get things started, the machine will produce 1750 horsepower to the crank. This is done by a 5.9L twin-turbo V8. A flat-plane crank will be sure to make each and every pony sing.

When combined with insane attention to aerodynamics, the car promises to do what only one street machine has done before. While it won’t be the first to 300 mph, well, who cares? This thing is promising top speeds of more than 300 mph!

One of the exciting things for the taller folks among us is that the manufacturer promises that people up to 6’5″ will be able to drive. That might not seem like much but certainly has become a real-world problem to combat.

Last but certainly not least, we think that it could be important to mention speculation that this machine might just take the crown of “Fastest car ever.”

« Big Rig Decked Out in Custom Work From Head to Toe