When it comes to the news, especially news that has anything to do with weather, ...

When it comes to the news, especially news that has anything to do with weather, sometimes it’s important to remember that these folks make more money when you watch more advertisements. Naturally, this might mean that they try and beef things up a little bit to make the story more entertaining by using some scare tactics and over exaggerating a situation a touch here and there. Most reasonable people realize that the majority of mainstream news sources will do this in order to garner ratings and every once in a while, might end up getting caught or trolled in the process.

This time, we check out a news broadcast that is coming to us from an area that has been covered with snow. Now normally, snow-covered roads are definitely a reason for concern and you’ll always want to make sure to drive cautiously whenever any amount of precipitation is falling. However, it’s a pretty funny scene to watch as the news broadcast on location is talking about just how dangerous the roads are and how cautious people should be, when out of nowhere, a couple of guys in drifting machines end up coming by and sliding sideways right past the newscast, showing that they can lay into the throttle without any ill effects.

If you follow along down in the video below, you’ll be taken to the scene of the news report as things get a little bit funky on the scene that day. When you’re out about in the field doing a news broadcasts, we will have to assume that you never know what’s going to happen and, as a broadcaster, you might just need to adapt and overcome should something go awry. How would this news broadcaster make the change in order to continue on? If you follow along below, you’ll see for yourself. 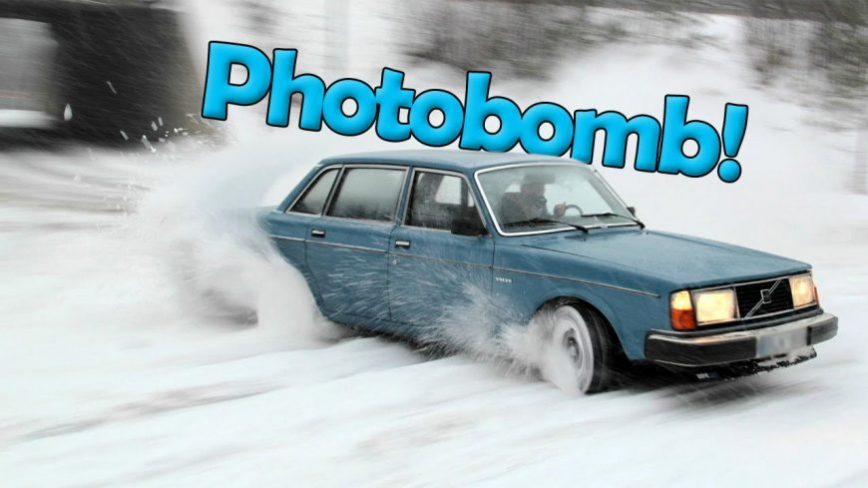