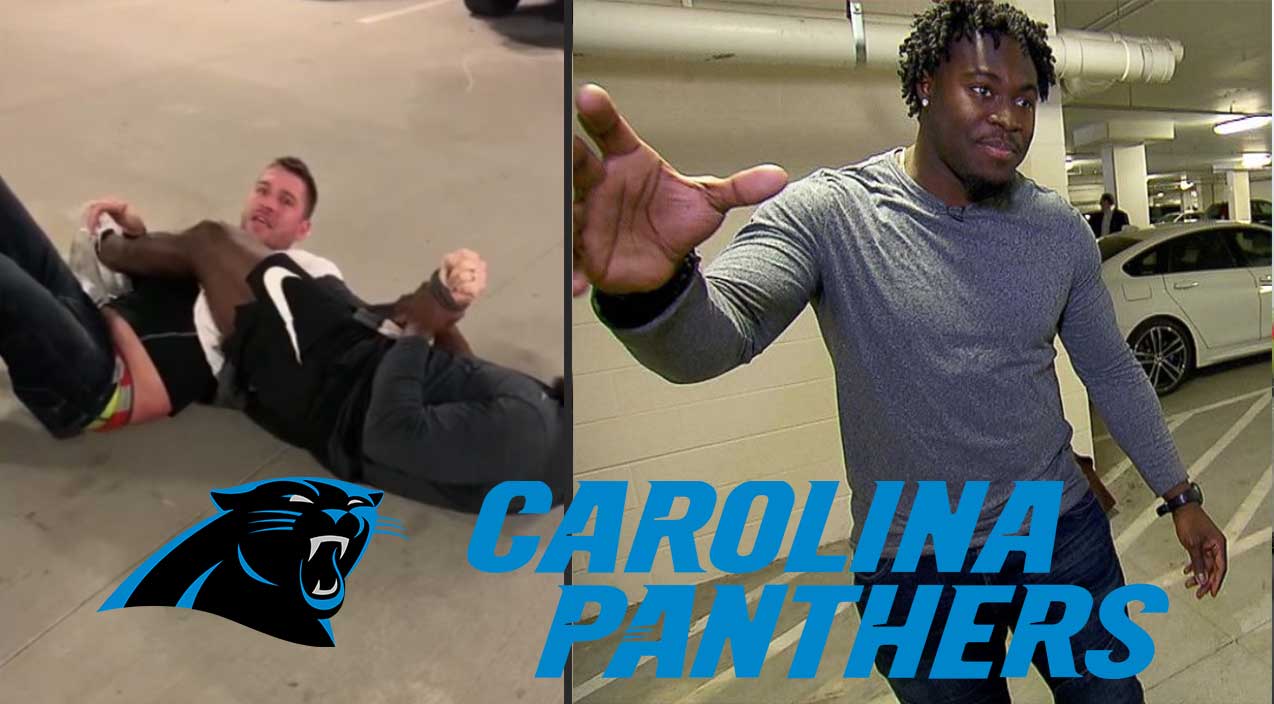 No matter what time frame we’re talking about, it’s never been a good idea to be the bad guy. Stealing out of peoples’ cars is about as low as it can possibly go. Even though it’s never been a particularly good idea, these days, it’s even more likely that one is going to get caught. Not only do folks have cameras all over their homes and businesses. It also turns out that there are tons of vehicles equipped with cameras as well. Many of these cameras live stream to a cloud where the footage is stored. Therefore, a robber’s ugly mug might get caught on video if they decide to break into a vehicle.

When it comes to the way that Carolina Panthers fullback, Alex Armah, protects his investment, it just so turns out that a camera is in the equation. It looks like somebody wanted to see what was inside of the NFL player’s Dodge Charger Hellcat and went for a leisurely stroll in the car. However, Alex would get a notification to his phone in real time saying that someone was in his vehicle. He would immediately head down to the garage to see what was going on.

When Alex got there, lo and behold, the criminal was still in the act. In an action that police would probably recommend against, Alex went full UFC. The video below showcases the moment as he wrapped up the dude stealing from his car and put him in an armbar. Odds are that if his camera didn’t send him an alert, Alex would’ve completely missed the opportunity to stop the robber in his tracks. It’s very likely that the man would’ve gotten away as well. Who knows what kind of security cameras they had on the premises? Odds are they probably wouldn’t have been as good as the quality that we see here.

Carolina @Panthers‘ @Alex_Armah caught someone stealing his car in real-time using an @owlcameras, then took the thief down himself. @JujuChangABC has more on how this new technology can stop car thieves. https://t.co/dCuujVag6a pic.twitter.com/ZWHIo1SpUT