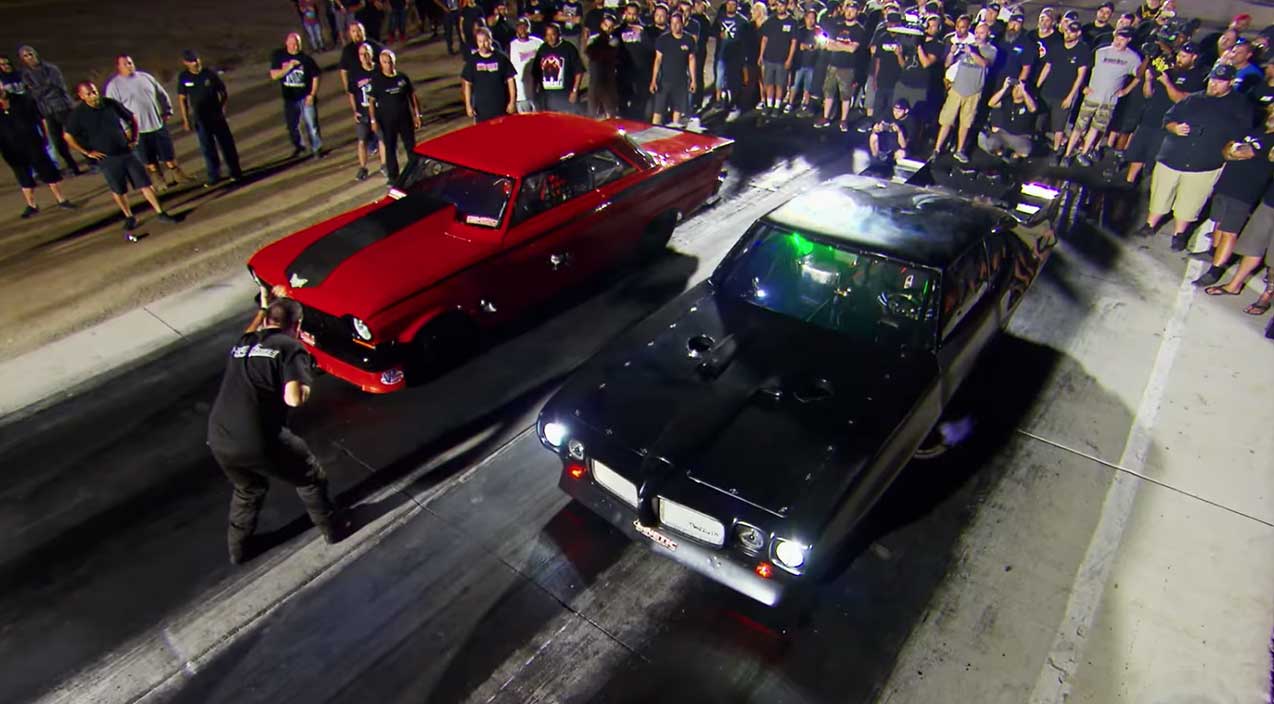 Everyone’s favorite group of degenerate street racers is back, and bringing an action-packed season of thrills, some spills, some arguments, and a whole lot of fun!

The season starts off with the group of 405 street racers heading out to our backyard in California where Big Chief takes on his old rival Boddie in his twin turbo Nova for a whopping $6000 of course what would a friendly grudge race be without a little controversy? As the video shows Chief puts a big gap on Boddie, but the California team seems to think Chief left a little bit early. The argument is on! Somewhere along the lines, the guys made it down to a place most of them aren’t too familiar with. A road course in a winner takes all race for $10,000 in spec cars the track owns. We see plenty of list racing which we all know brings plenty of fun and arguments. Our favorite ’57 Chevy piloted by Jeff Lutz, and of course Monzas epic hair. What would a season of racing be without a demolition derby? Well, it wouldn’t be complete! It looks like this season we will finally see the return of BoostedGT in his new edge Mustang, a car that he has campaigned in the no prep circuit all season on a small tire is now coming back for the list, and he looks to be faster than ever! It’s hard to see who all is arguing, but it wouldn’t be racing season without a few friendships being tested, arguments breaking out, some near misses, and what looks to be a crash or two.

We don’t know what all this season will bring, but from the looks of it we can expect great things from the 405, and their competitors. Who do you think will be number 1 on the list by the seasons end?

We know you're starving for some OKC street racing. Here's a first look at the new season starting April 1!

« Tire Repair With “Fix a Flat” Use Caution