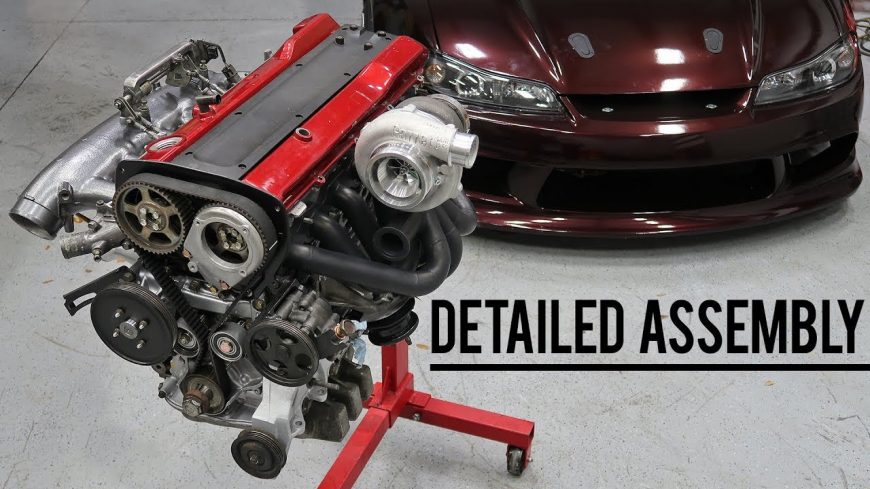 When doing a little bit of research for this story, I ended up coming to a conclusion that’s pretty wild when dissected. For just about any engine that we have fallen in love with, whether it’s the high revving 2JZ, heavy-hitting LSX, or something like the RB26, when they fall out of production, they’re just done. It seems obvious but it’s arguably pretty wasteful. Just throwing out these monumental ideas is a real shame.

It’s kind of wild how all of that research and development along with time has gone into an engine. After it’s not used in a new model, it just ceases to exist. Meanwhile, there are a wide variety of people who are still interested in using older technology. Obviously, junkyard parts can be picked and probably will be for the foreseeable future. However, from a business standpoint, all of the investment into that engine is essentially scrapped once the company moves on. The company may continue support in part sales for a short time. Afterward, the platform ceases to be produced.

However, recently, Nissan seems to have brought something to life that could be of interest to performance fans. With their NISMO Heritage Parts program, all sorts of phased out designs will now be available. Therefore, the RB26, which reportedly has only been available as a crate engine for the cost of about $40,000, will once again be available as a new OEM engine. The program will put into production the power plant found in the GT-R in three prior generations to the current car.

Nissan really opened up a can of worms with this program. Originally, it seems as if they slowly rolled it out to include only small parts. These parts would include things like trim pieces and items like hoses. Now, though, it seems as if they will include engines and modifications alike. Via Motor Authority, for the RB26 “There’s the standard unit which starts at about $1,500 and can be fitted to the R32, R33 and R34 GT-R generations, or you can go with a sturdier unit, known to fans as the N1 block, which starts at about $3,800 and is designed for the R33 and R34.” That certainly beats the heck out of $40,000.