Outlaw Armageddon is certainly the big show! Lights are bright and lots of fans are ...

Outlaw Armageddon is certainly the big show! Lights are bright and lots of fans are in attendance to watch the competitors do their thing! In turn, the race offers up an additional challenge as a no-prep as it pushes teams to the limit. Generally, these races have limited traction afoot. However, some teams are able to make the track work better than other teams.

For this nitrous infused Ford Mustang by the name of “Bad Intentions,” it looks like it was actually agreeing with the surface at hand. This time, we follow along with the car as it makes a host of clean passes. The machine seems to want to stick to the track and go every time! The competitive edge comes to an end when the nose heads up in the air, though. Wheelies might look cool but they’re anything but efficient. I guess that the spectators will get their money’s worth, though!

This time, we get to see exactly that as a Ford Mustang Fox Body goes way up in the air and doesn’t look like it’s going to come down anytime soon. However, eventually, the car does come down and it comes down pretty hard. Luckily, the machine didn’t get too out of control as to hit the wall and do bigger damage. However, this driver probably got quite a scare as the machine caught him off guard. He does add that the steering might’ve suffered a bit on impact. The plan is to get the car rolling again ASAP, though.

If you follow along with the video below, you’ll be able to watch the epic wheelie. The National No Prep Racing Association was on the scene to give us the best seat in the house. Sometimes, racing doesn’t always go as planned. This time, the botched plans were a lot of fun to watch, at least! 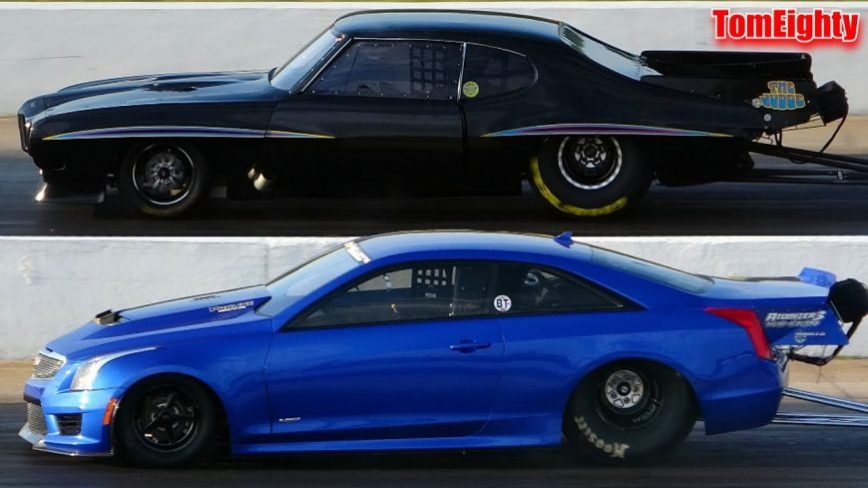