The National Transportation Safety Board has released some new information and photos ...

The National Transportation Safety Board has released some new information and photos related to the plane crash involving Dale Earnhardt Jr. and his family last August. The family was on the way to Bristol Motor Speedway where Earnhardt was scheduled to work that weekend.

The report tells us that Earnhardt was holding his 16-month-old daughter as the plane struggled to land. The aircraft bounced twice on the runway before skidding sideways. It would eventually catch on fire after coming to a stop, creating a struggle for those on board to get out.

The photos and report released on Thursday, July 16, almost a year after the August 2019 event, revealed that there were no mechanical issues with the plane. The 256-page investigative report insists that the final approach was a little fast. The main issue with the crash would come when pilots weren’t able to abort the landing after the second bounce. It is said that this is because the thrust reversers were already engaged, disallowing the pilots to throttle the airplane back into the air again.

Fox Sports quoted part of the report from one of the pilots, Jeff Melton, saying he “had soul-searched the event many times since the accident and could not explain why the airspeed on final (approach) became high and the approach became unstable.” He recalled that, in final approach, he would have his hand on the reversers and might have accidentally deployed them too quickly.

Furthermore, “The crew reported that after the third touchdown, they were both “on the brakes” and the airplane was skidding to the right. It seemed like the right main landing gear had collapsed. They reported that the airplane did not feel as if it was decelerating at all.

The NTSB observed that the plane seemed to climb 25 feet before rapidly descending and landing hard. They then say the right main landing gear collapsed. This would make the right wing tip contact the runway.

The report tells us that Earnhardt would attempt to exit the plane through the over-the-wing emergency exit door but couldn’t get it open with the help of his other pilot, Richard Pope. They would also fail to open the rear exit door. Eventually, Pope would manage to kick open the main cabin door, that was jammed initially, to the point where everyone was able to escape through a small opening.

Nobody was seriously injured in the incident but Earnhardt did suffer a minor back injury.

The report isn’t finalized. The final report hasn’t been scheduled yet but is expected to reveal the probable cause of the accident. 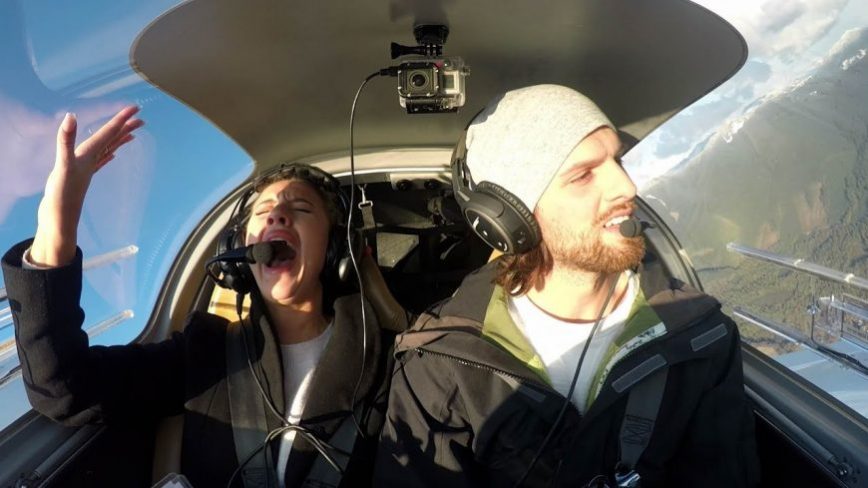