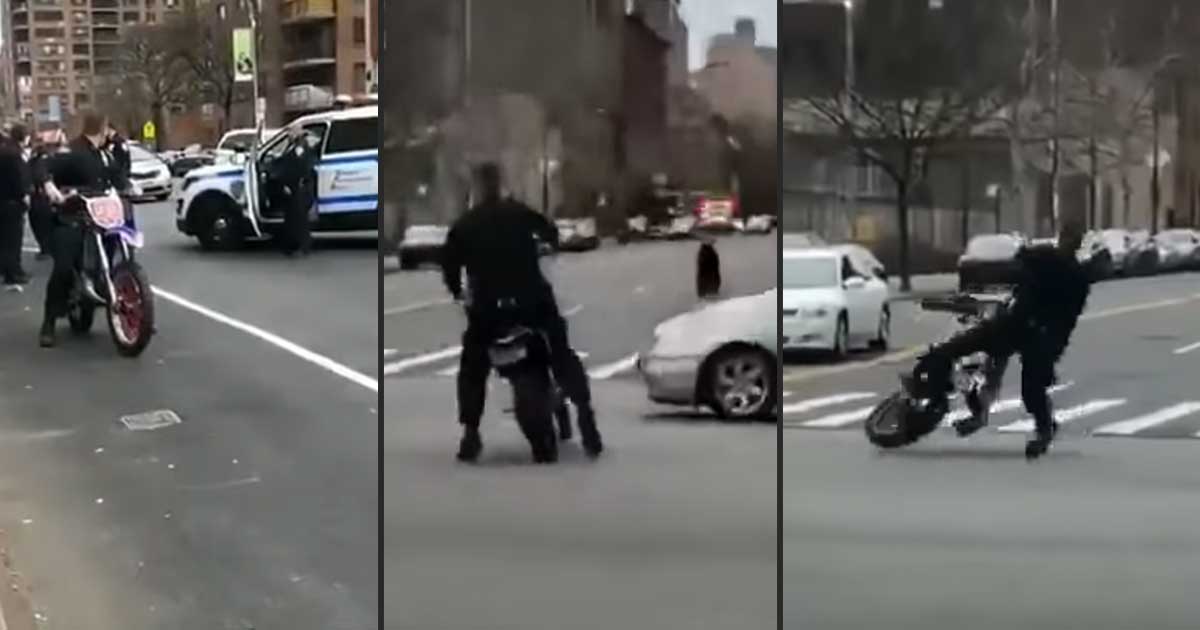 As human beings, we all make mistakes and have bad days. Sometimes, when we bunder things badly, there might be a certain feeling of anxiety that comes along with it. After all, nobody wants to be in a situation where maybe they made a mistake, especially when it’s an expensive one. However, something that can really take that feeling and amplify it is the likes of being caught on camera while at work. Unfortunately, for this NYPD officer, that would be the exact situation that he would end up running into… Quite literally.

In this video, we follow along to the scene of an incident where the New York police would seize a dirtbike found abandoned. Via the New York Post, “A police source said they found the illegal dirt bike ditched at the intersection by someone who been driving it recklessly through traffic, and it had to be vouchered at a local precinct.”

It was a situation that was probably just like many others before it. However, this one would have one slight plot twist. The police officer shown in the video here decided that he would ride the bike back to the precinct. We’re not sure if this is a protocol or not in a spot like this. On the other end, it would look like the officer didn’t have too much experience behind handlebars. At least that’s the case if we’re judging by the results here.

Down in the video below, we spot the crazy moment where the officer attempts to pull away from the scene. However, a lack of balance and a little bit too much throttle allows the bike to get away from him. The officer was reportedly injured in the incident along with one other. Hecklers on the scene didn’t seem to happy with the police repossessing the motorcycle as they cheered the incident on.