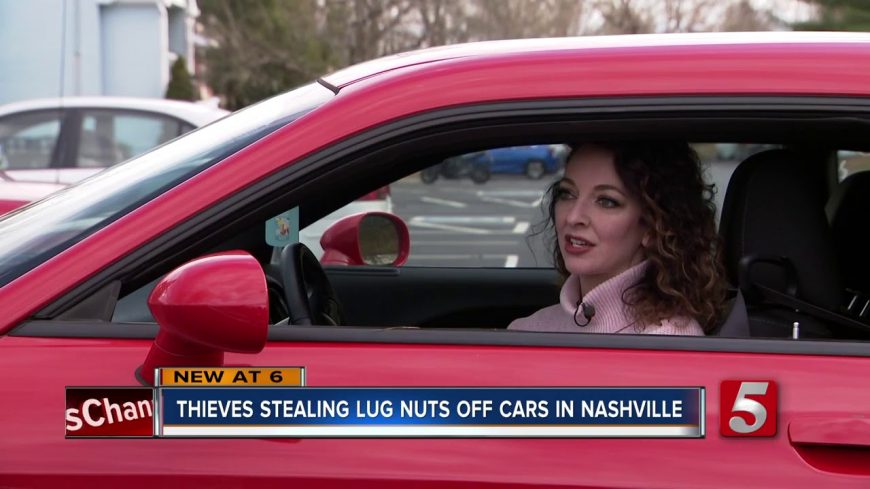 Sometimes, it really seems like people will steal just about anything. No matter if something is worth hundreds of dollars or just a couple of cents, thieves will really steal anything that’s not bolted down. Sometimes, they will even take an extra step and attempt to steal things that are bolted down. However, sometimes, the objects that they’re stealing just really don’t make much sense. Color us confused but we can’t really make sense of a situation where someone would steal lugnuts just for the purpose of stealing lugnuts.

In this situation, we catch up with a Nashville resident who has been the victim of a lug nut bandit. As it turns out, there have been several cases in Nashville of criminals stealing lugnuts off of vehicles. It really seems quite obscure as they’ve left the wheels behind in a couple of these cases. In the case of the individual interviewed here, we learn that they didn’t come back until the next day to steal the wheels. It really raises the question of why someone would go through the trouble of being caught twice. In turn, why would someone risk it to only make off with the lug? Furthermore, if they wanted to steal the wheels, why not just do it all in one session? For the car in question here, they came back the next day to steal the wheels as well.

This one certainly doesn’t quite add up. Maybe, though, by watching the news report below, someone will be able to button up the loose ends. Without much an inherent value on the lugs, though, it really seems like someone might just be trying to pull a massive prank. At the end of the day, it isn’t funny in the slightest. It also puts people in a lot of danger. I don’t think that we need to explain how driving without lug nuts can be incredibly dangerous.