For all intents and purposes, it really seems like the C8 Corvette has won over most ...

For all intents and purposes, it really seems like the C8 Corvette has won over most people to come in contact with it. There are amazing reviews littering the pages of the internet as folks seem really pleased with what General Motors came up with here.

This time, we dive into the story of a C8 owner who is already getting rid of the car and moving back to a C7. Justin Keith aka Stangkilr informs us that he is really pleased with the C8’s offering. However, with the way that the market has spiked, it seems like he couldn’t help but flip the car to a new owner.

With the way that the market on these things works, it really makes a lot of sense. At the end of the day, the highly inflated premium that these cars are bringing likely won’t stick around that long. Therefore, if someone isn’t attached to having this car right now, it would probably not be their greatest financial decision to hang onto it.

Sure, the monetary value of a car isn’t everything. Obviously, if that was the case, everybody would drive around in the cheapest ride available. However, with these “$60,000” cars bringing in close to $100k on the open market, the appeal to sell is very real. Some folks are just willing to pay a lot more for a couple of months of ownership.

For those who follow Keith, they would probably tell you that he has been known to shuffle cars rather frequently, anyway. In turn, he tends to like to modify his cars as well. This isn’t going to be a viable option with the C8 for the foreseeable future. The aftermarket still has to crack into the computer system to be able to really tap into the platform’s potential. If history says anything, it’s probably going to be at least a year before this happens.

In other words, as someone who wants to mod a C8, Keith could probably stand to make a substantial profit by just buying another one at a later date.

By following along with the video below, we get the full rundown of why exactly the C8 hit the market. In addition, we get to see the insane replacement in a Corvette C7 ZR1 that really steals the show!

Handing Over The Keys to Our Giveaway C8, The Winner Was Speechless! 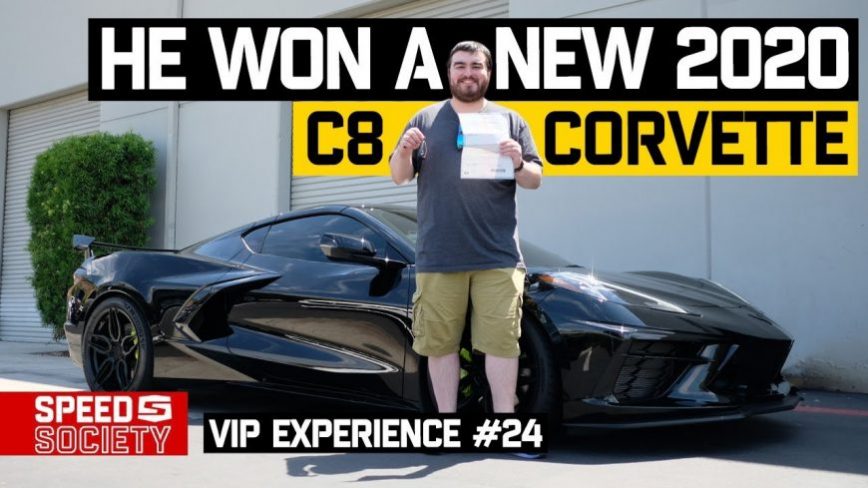