To someone who isn’t too familiar with how racing works in just about any ...

To someone who isn’t too familiar with how racing works in just about any capacity, they probably figure that you turn on the lights, come into the racing facility a day or two before the event, and have your race before packing up the cars and heading home, only to shut off the lights and do it all over again next time.

However, over here in reality, for those who are more familiar with racing in just about any capacity, we realize that no matter what racing surface you’re going to war on, chances are that it has to be maintained in some way, shape, or form and they can get a little bit extensive with these processes at times.

As it so happened, when the NASCAR Camping World Truck Series headed to Kansas Speedway, they would run into an issue that definitely doesn’t categorize itself under general track maintenance. From what we have gathered, due to an irrigation concern that allowed water to build up under the raceway, it would eventually pressurize itself and form bumps in the track. If you’re wondering what the big deal is, just imagine traveling down the road at a substantial amount of speed and hitting a big bump. Now, double or triple the speed that you were traveling at and imagine hitting that same bump again. Yeah, it’s not so good, is it?

Anyways, in order to remedy this situation, they decided to drill into the track and repair the issue. It’s definitely not something that you see every day and can give you just a small glimpse into the complicated life of someone who is tasked with having to maintain a NASCAR racing facility. This one gets even better when you see the surprised looks on everyone’s faces as they crack into the asphalt.

You Think You Know About Dale Earnhardt Jr? Net Worth, Lifestyle, Family, Biography, House and Cars 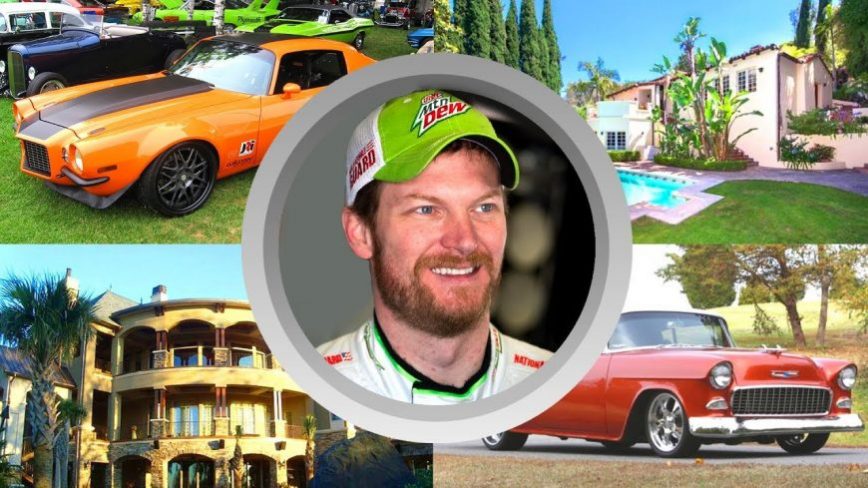