Ohio Man Trapped in His Own Cadillac For 14 Hours

Ohio Man Trapped in His Own Cadillac For 14 Hours

Technology is an awesome thing when it’s working properly. However, the second ...

Technology is an awesome thing when it’s working properly. However, the second that it goes on the fritz, things can get a little bit complicated. This could mean that some of the luxuries that we live with can go away in a matter of seconds. However, when technology fails, sometimes, it’s the basics that fail to work, not just the luxuries. In the case of vehicles that have electronic door handles, sometimes, they can lead to some pretty scary situations.

This issue actually seems to be something that’s a little bit more common than one might think. In a slew of vehicles that have electric door handles, a dead battery means that they fail to work. Essentially, these locks are supposed to be a little bit higher class. The operator will simply touch a button or put their fingers on a pad and the door will pop open. For one Ohio man, though, the latch on his Cadillac wouldn’t pop open when he pressed the button like many times before.

After the car was let to sit for quite some time, the battery ended up dying. Inside, the owner was trapped for 14 hours. Thankfully, his neighbor eventually discovered him. He had been trapped in the car for so long that he had even written note just in case the worst would end up coming true.

For those wondering, cars like this are equipped with a manual emergency door release. Beside each seat, an occupant can pull the handle to bypass the electronic system. However, in plenty of cases, people have been trapped inside of these sorts of cars without knowing about such a release. It’s quite natural as most people will go through the lifespan of a car without having to ever use them.

Cadillac recommends familiarizing oneself with the owner’s manual just in case something like this pops up. – Inside Edition 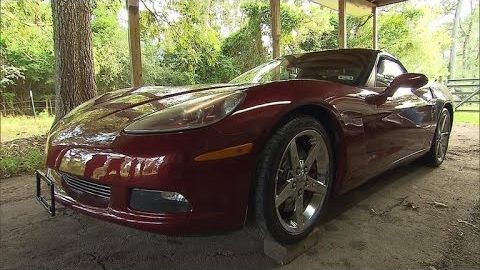