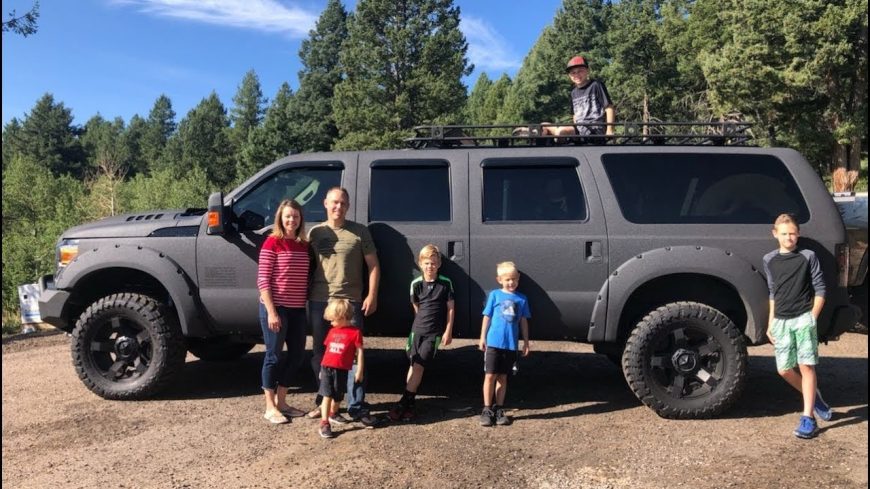 Have you ever gotten in one of the biggest vehicles on the consumer truck market today and decided that you needed more space? Well, there probably aren’t many people who have had that thought. For those who have thought about stretching out their already long vehicle, the option actually exists!

For those who might have a big family or extra hauling needs, there are companies that will take a truck and do basically whatever you want to it. Some might think that this sort of conversion would cost an excessive amount of money. However, this time, we located a company that will do six-door conversions that start at just over $30,000. Sure, that’s a decent chunk of change. When you think about all of the work involved, though, it actually seems like quite the bargain!

We discovered this creator who goes by the name of Tim when scrolling through YouTube. Upon spotting a thumbnail sporting a stretched out and Kevlar covered Ford Excursion, we simply had to do more digging. As we got into it, we learned that Tim started out in this line of work by repairing damaged or crashed cars. He has been at it since 1976, according to his website.

One day, though, Tim decided that he wanted to build something to facilitate his family’s needs a little bit better. In order to do that, he took a Ford F-250 and stretched out the cab. The whole idea was to be able to pull a camper all while having enough room inside for the family. Because of the positive feedback that he got from the project, Tim was inspired to take on customers to do the same sort of conversion to their vehicles.

Below, we get to get up close and personal with a couple of Tim’s conversions. First, we have to check out the aforementioned Ford Excursion. If an SUV isn’t in your wheelhouse, though, the video below the Excursion shows off a stretched out GMC sierra Denali! – Custom Autos by Tim

How is that for making a statement when you pull up to the race track with a trailer behind it?

« Don’t Let Summer go to Waste! Live it up With These CRAZY Boat Engine Combos