Apparently, the world of rental cars can be pretty crazy. As we have watched the ...

Apparently, the world of rental cars can be pretty crazy. As we have watched the Royalty Exotic Cars YouTube channel, over the past couple of months, they’ve really gotten involved in some wacky situations. From what we can tell, one of the primary duties of owning an exotic car rental company is going out to recover cars that have been stolen.

As normal functioning human beings, we would tend to think that most people would return their cars in a timely fashion. Speaking from personal experience, I get a little bit anxious about returning a couple of hours late when returning a rental car. However, some don’t quite see things this way. Instead, they will rent cars out and give them away to other people. In this situation, one party even said that they bought the rental off of Craigslist for $800.

Long story short, when dealing with the general public, things can get a little bit dicey. When it comes to renting out six-figure supercars, you can bet your bottom dollar they’re going to beat these things up and even try to do their fair share of pulling a fast one on the owners. The owners of a company like this have to have everything considered because some people are just so far out there that they’ll try anything.

The YouTube channel has really been at gem and a sort of a silver lining to these situations. Let’s just say that our host, Houston Crosta, really brings the situations to life. They almost play out like reality television but from what we can tell, these are very real encounters.

This time, he chases down a couple of Universal Music artists that have apparently stolen a Lamborghini and Range Rover. As you can imagine, the cars weren’t left in the best condition, either. At the end of the video, Crosta even goes so far as exposing the people who originally rented the cars by showing off their drivers licenses for the world to see. 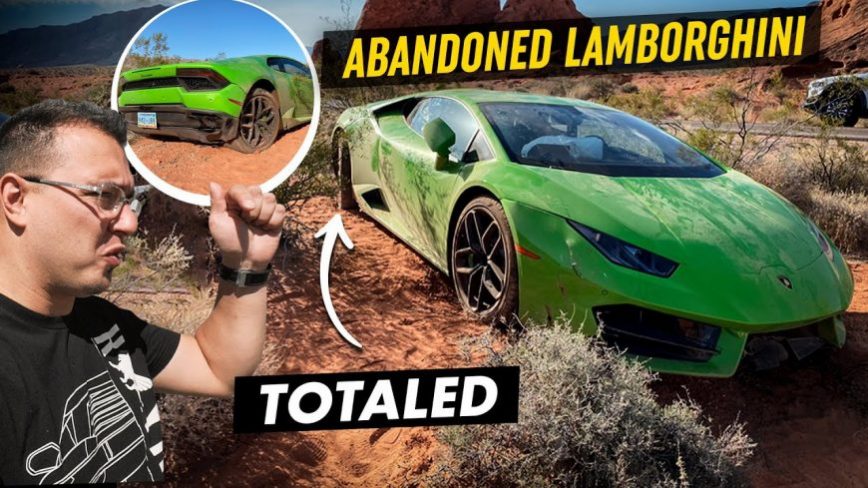