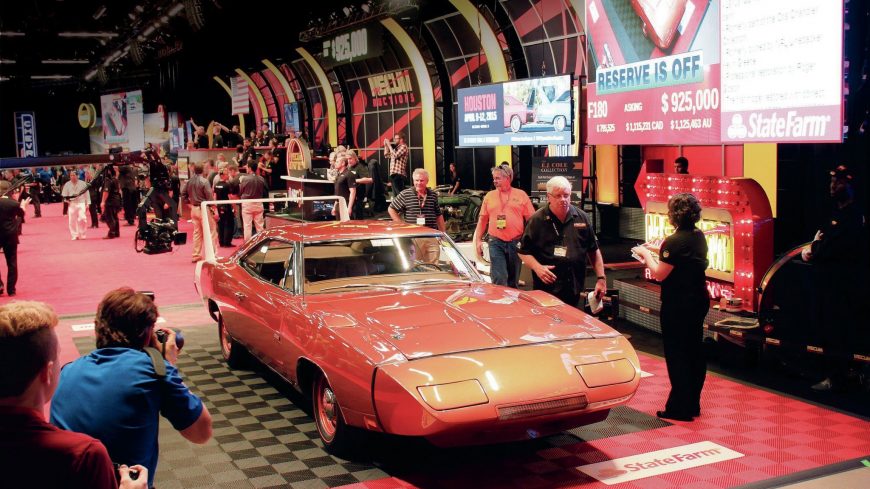 When it comes to piecing together the classic car of your dreams, sometimes, the price sheet of all of the components needed to put it together can get rather out of hand. If you choose to buy all OEM parts that were pumped out by the car’s manufacturer, it can get even worse. As things from the factory aren’t readily available and are no longer being produced, their demands skyrockets as the supply drops. This is where people tend to buy reproduction parts that, if made by the right company, can look as good as stock!

This time, we just so happened to stumble upon an eBay advertisement that shows you how expensive these original parts can get. Now, the Dodge Charger Daytona is a pretty rare machine that can bring a ton of money so if you’re restoring a more common muscle car, chances are that you won’t be spending this much on OEM parts but this historical piece most certainly isn’t alone in its insane price as these kinds of parts can bring huge money across the board.

How much exactly does the car’s wing cost? Well, as you can see in the advertisement above, the seller is looking for a touch over $15,000 for a completely original 1969 Daytona wing, painted in its original red, which the seller claims that he believes is the rarest color. For somebody looking to restore one of these cars, finding an original wing like this could be the Holy Grail that they’re looking for and the fact that it’s painted in red, potentially matching their car could mean even more for someone really looking for that factory appearance.

Now, anybody can list anything on eBay for whatever price they should choose, so is this guy out of his mind in his asking price? While we weren’t able to locate another wing of this kind, we were able to find a couple of other pieces that might help put this pricing perspective for you.

If you were to go for a reproduction wing of the same kind, the best price that we could muster up was a cool $1200. Now, remember, that, as an aftermarket part, it may or may not exactly fit right and you have to keep in mind that some folks are willing to really go to bat to say that their car is composed of all original parts which, in turn, makes it worth more money. Is that price not enough for you? The next closest thing to a full wing that we were able to locate was one of the uprights, one of the sections that holds up the top of the wing. How much does this cost? Well, for just over $5000, it could be yours and all that you need to purchase is the top of the wing and the other upright to complete it.

Every market certainly has its buyers and while this might seem absurd to you, to someone looking to complete their car that could cross the auction block and bring hundreds of thousands of dollars, spending the $15k might very well be worth every penny. What do you think of the way that this OEM part is priced?

« Pump Gas Tuning 101, Why You Should Be Afraid