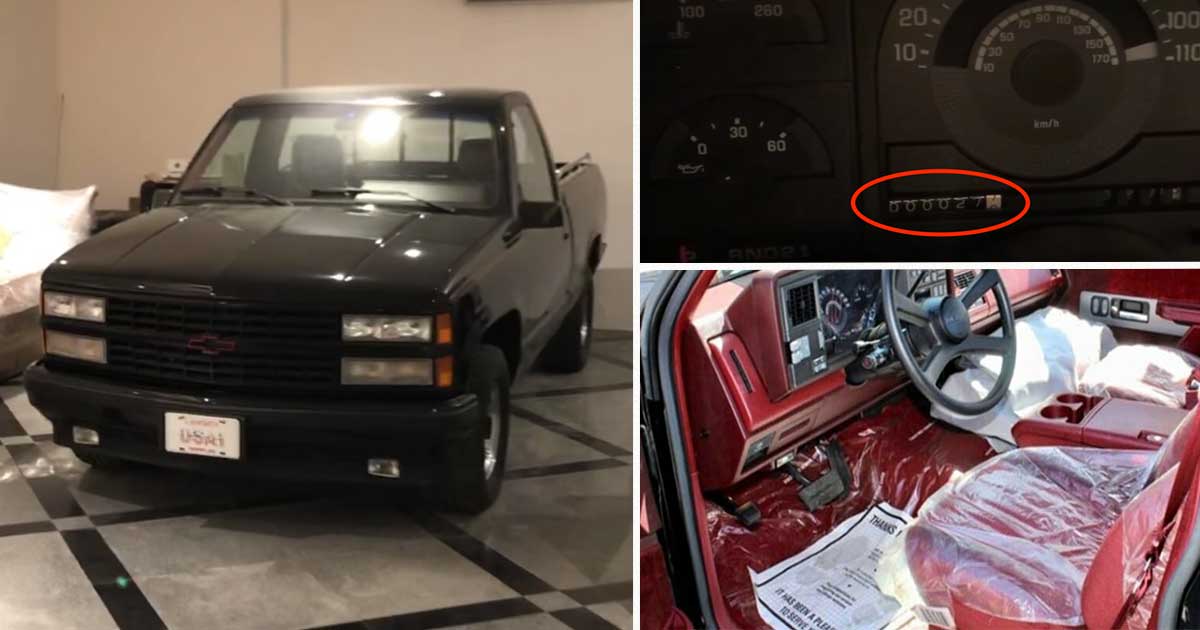 Between the years of 1990 and 1993, General Motors decided that they wanted to take a stab at putting a high-performance application in a pickup truck. Their attempt to do this would come in the form of the Chevrolet 454 SS. This would shortly be followed up by the GMC Syclone and Typhoon over the next couple of years as well.

While the platforms didn’t have long-term success in mass production, they seem to hold a place in the hearts of enthusiasts, even today. There’s just something endearing about the obscure nature of the creations that seem to have been overlooked over the years. With that, this time, we take a closer look at a couple of examples of the 454 SS that popped up overseas.

While scrolling through good old Facebook, we stumbled upon a video that showcases a couple of the trucks that appear to have just been uncovered. With the promise of one having 21 miles and the other having 27 miles, these things are still wrapped up in the dealership plastic. We are left to assume that most, if not all, of this low mileage, came in transporting the trucks a couple of times over the years.

The pair comes as a rare find. In total, when all was said and done, only about 17,000 examples of the 454 SS would ever exist. While that’s not the rarest thing to ever roll on the streets, it’s still limited enough to make them a rare sight to see. In turn, we would be left to assume that because they became rather affordable over the years, there are probably a good number that were crashed, trashed or highly modified. In other words, the number of examples with under 100 miles is likely almost nonexistent.

Lastly, this pair of trucks was found in Qatar, or so the video description says. With that, would be left to assume that the dry climate has probably kept these time capsules in pretty good shape over the years. Below, we get to join in on the finds and get a glimpse of what has been hiding away in this barn find.