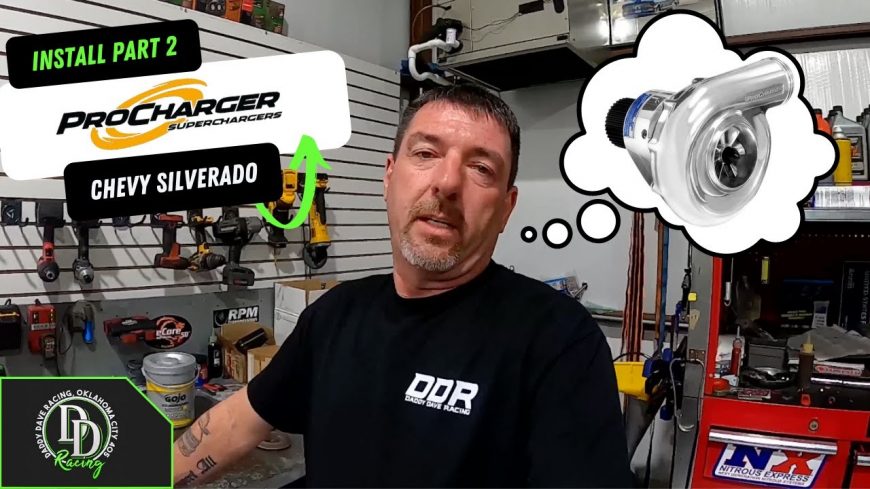 When Daddy Dave means business, we all know that he gets behind the wheel of Goliath. That Chevrolet Nova is so intense that it’s going to blow the doors off of 99% of anything that pulls up next to it.

However, even beyond the more serious racing machines, Dave also likes to play around with some other rigs as well. As it turns out, he built his Chevy S10 to the point where it almost needed to retire from regular driving duties. To fill the void of the daily driver, Dave would head out and purchase a Silverado to fit the bill.

Long story short, Dave ended up telling us that eventually, he did change his mind or decide that the S10 couldn’t fill the role of the daily driver once again. However, that wouldn’t stop him from modifying this newfound Silverado to do something a little bit spicier.

With that, in the previous episode of Daddy Dave’s vlogs, we would watch as he embarked on a journey to install a ProCharger. This time, we check in with the next leg of the adventure as Dave has the ProCharger in place and finally is able to finish up the installation and go for a little bit of a test drive. At the end of the day, whether it’s a complicated build or something a little bit simpler like this installation, the test drive is the moment of truth and always feels good as a builder can see what their efforts were worth.

Down in the video below, we get a ride-along that follows all of the action. Following the test drive, Dave also checks in with his new truck’s rear end to see what kind of parts are hiding within. These Chevrolet pickup rear ends are known to like to crack under pressure so perhaps it’s time to upgrade that in the next episode.

« What happens when You don’t drain your air compressor.