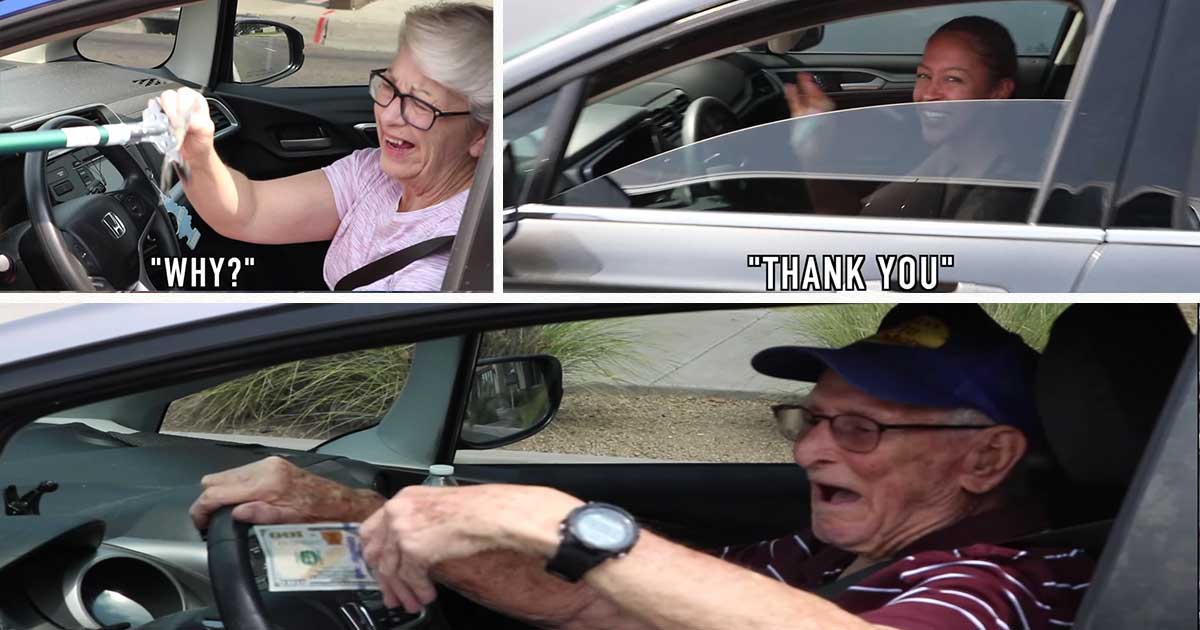 Sometimes, it can really feel like there aren’t many people in this world who truly care about one another. In fact, not to be a downer, but there can definitely be times where it feels like there are a lot of folks who can’t think about anything but themselves.

It takes a lot of maturity to be able to consider other people and make sure that they are doing alright. Unfortunately, there’s just not a lot of care for fellow human beings sometimes. We think that this is something that everyone should strive to care more about.

This time, though, a YouTuber by the name of ThatWasEpic decided to go out and film something to the contrary. If not many were going to do good in the world and show care for others, he would do it himself. In order to execute this idea, he would have to come up with a plan and that’s exactly what he did.

In what seems to be an effort to show other people that someone cares along with maybe filming a viral video as well, he headed into traffic. What exactly would he do in traffic to go viral? I guess that handing out hundred dollar bills to complete strangers would be a good way to achieve all of the goals at hand.

We couldn’t help but be a little bit curious as to what people would do when simply handed $100 from a stranger.

Would they just take it lightly, thanking them and turning away?

Would they act confused?

Would they turn it down?

As it turns out, the people involved in this social experiment of shorts did a little bit of all of the above. By following along with the video below, we get an inside glimpse at how folks would react to such a treat.