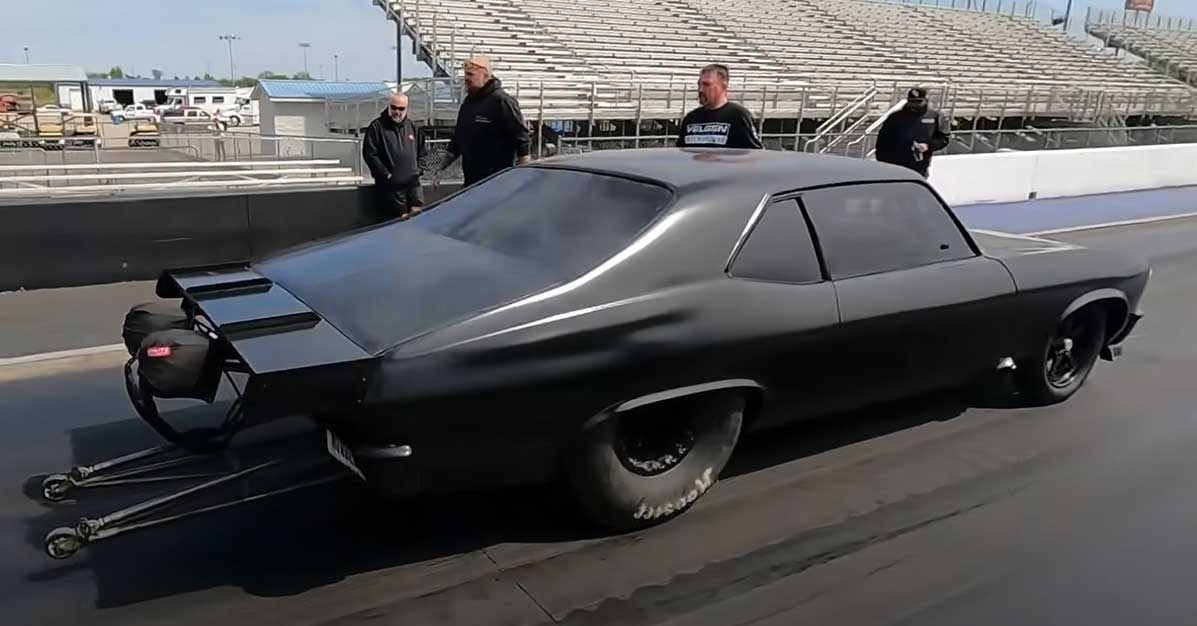 One of the things that we can’t help but admire about some of the biggest names in the drag racing industry is that they are constantly at work. While many of us see these competitors on Street Outlaws and get a fraction of an idea of what kind of effort they put in, when the cameras are off, that’s when winners are really made.

This time, we get to see the behind-the-scenes look at exactly what that looks like in real life with no reality TV editing touch.

In this one, we check in with a video posted by the 187 Customs YouTube channel. In this particular flick, our host, Phantom, actually takes an opportunity to get behind the wheel of the OG Murder Nova. Phantom tells us at the beginning of the video that he has never been on a 4-second pass but today if everything goes right, that’s about to change. Phantom predicted that if he could get to the finish line under power in the OG, another feat that he has never accomplished, he should be able to make his way to his first 4-second pass.

In addition to that excitement, we also get a peek at some of the other most competitive players in the Street Outlaws game. For example, Ryan Martin’s new Chevrolet Camaro ZL1 would make a couple of passes to iron out a couple of kinks.

Daddy Dave was also on the scene with his refreshed Goliath build as well.

All of this just goes to show that no matter how fast we all think a car might be, usually, the owner of that car probably thinks that it can go just a little bit faster.