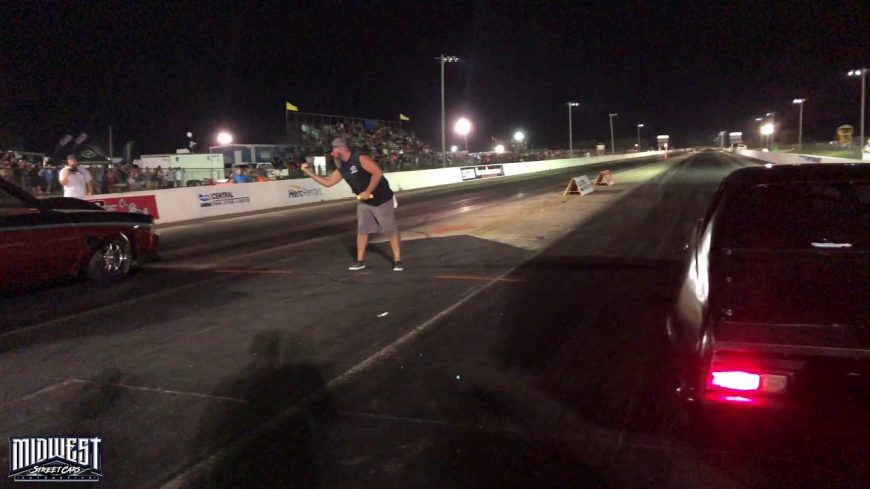 When it comes to the Street Outlaws, it almost goes without saying that these guys are pretty familiar with each other. Not only do they race week in and week out on television as the cameras are rolling, including not only list races but also all the traveling that they do together, but they also were racing one another before the cameras were ever rolling as the scene in the 405 was very much alive and well before any of this television filming was taking place. Therefore, as you can imagine, as these guys very much have each other’s numbers, races could be top notch but other times, they might find that racing each other gets a little bit repetitive and monotonous.

This time, you get to see a matchup that might looks somewhat familiar if you’ve been keeping up with the crew, however, this combo throws a little bit of twist on it. In one lane, we have the OG Murder Nova but instead of Shawn being behind the wheel, Phantom will be piloting the machine in this battle as, in the other lane, Daddy Dave sits waiting, however, as it seems very much in the spirit of the race to throw a twist in the mix this time, Dave isn’t going to be wheeling like a madman in Goliath but instead will be wielding his ProCharged G body Chevrolet Malibu to throw down in a little bit of a different capacity.

If you follow along down in the video below, you’ll be able to watch this battle as the competitors are definitely bringing their A-game to the table. It really seems like traction was at a premium here which means these cars might’ve just been sliding over that track a little bit more than usual. As always, grab your popcorn and buckle up because this is going to be a good one!