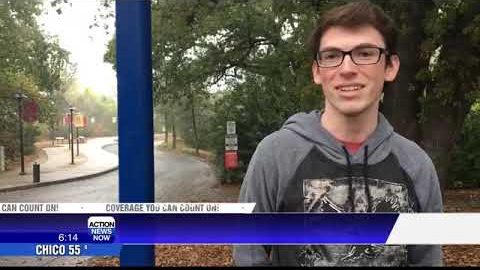 Have you ever done something and it seems like an awesome idea, only to look back and realize that it was pretty cringe-worthy? Don’t feel the need to answer. That’s a rhetorical question. We’ve all been in that situation whether or not we want to admit it.

Sometimes, these sorts of situations are put in place by a lack of self-awareness or lack of awareness of a certain situation. This time, though, we check out such a situation that seems to have been influenced by sheer desperation. Not wanting to go to jail for a $35 million Ponzi scheme is certainly motivation to do some things that you might be embarrassed by in order to getaway. Allegedly, that’s the mess that Matthew Piercy had gotten himself tied up in and the exact situation that he was trying to escape.

We would think that someone in that situation who wanted to get away from law enforcement would probably lay low. However, when Piercy had been discovered, it would be a police chase that would be necessary to try and lock him up. Piercy wouldn’t take it sitting down, though, as he literally made every effort to get away, right up until the end.

However, his last-ditch effort to get away from law enforcement played out more like a sitcom than a legitimate effort at evading the police. Apparently, he made use of a sea scooter in order to attempt to escape in Lake Shasta in Shasta county, California. For those unfamiliar, a sea scooter is basically a handheld propeller that helps to push one through the water underneath of the surface.

Needless to say, police just waited it out until Piercy would eventually resurface. He has since been transported to jail following the attempted escape. The complete details of the attempt can be seen below.