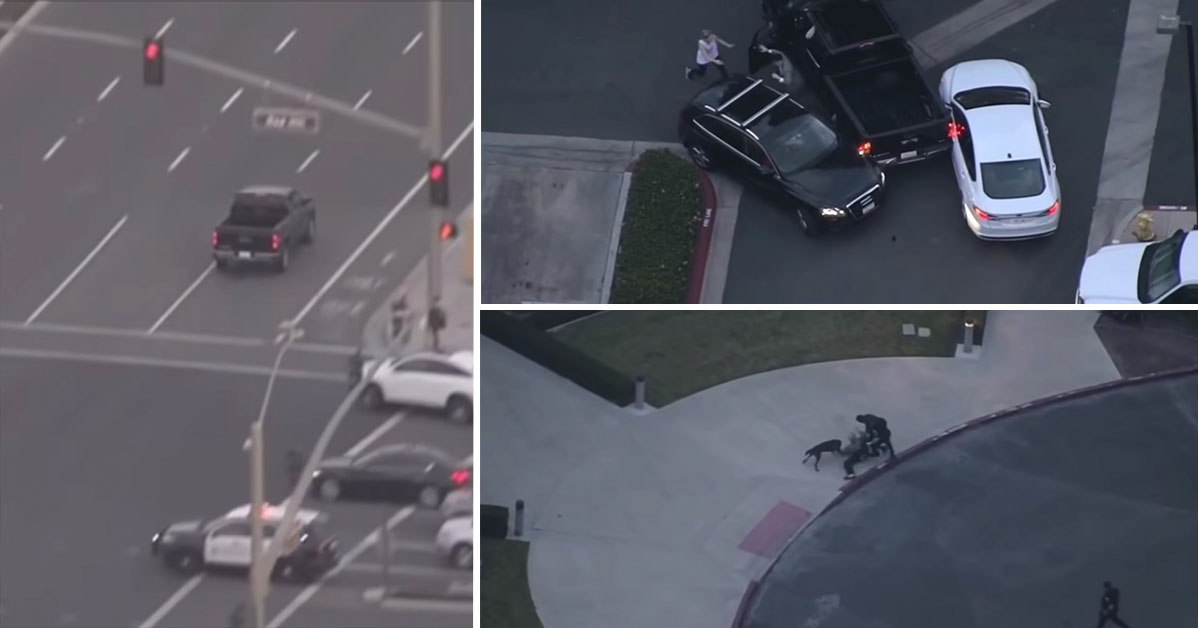 Sometimes, when we approach some very real situations, we can’t help but feel like they have the vibe of a Hollywood movie or video game. Many times, this occurs in police chases that are posted on social media. Sure, 99.9% of traffic interactions with the police involved are probably incredibly boring. However, the very small portion that actually makes it to the internet can be incredibly mind-blowing at times.

This time, we join in with a hot pursuit that has a little bit of everything. The video poster didn’t exactly include many details. However, just watching the action unfold is enough to really lure us in.

Things start out with the police chasing a pickup truck. While we’re sure that a police chase is quite the rush for those involved, as far as police chases go it started off pretty tame. However, before we know it, the truck is weaving in and out of traffic as its driver gets more desperate to getaway.

Eventually, the driver of the truck ends up completely clobbering another car. As the front end of the truck is barely hanging on following the accident, it looks like the driver is absolutely desperate to find another ride. From there, he does exactly that, stealing a car from an unsuspecting motorist in the middle of the chase. It wasn’t exactly an easy task, either, as a bystander attempted to jump in and help the woman whose car was getting stolen.

Down in the video below, we can watch the entire thing unfold. For the grand finale, a police dog gets in on the action, and let’s just say that this suspect has absolutely no opportunity to outrun the dog. After the K9 unit is hot on his trail, things begin to look a little bit more like a football game than a police chase.