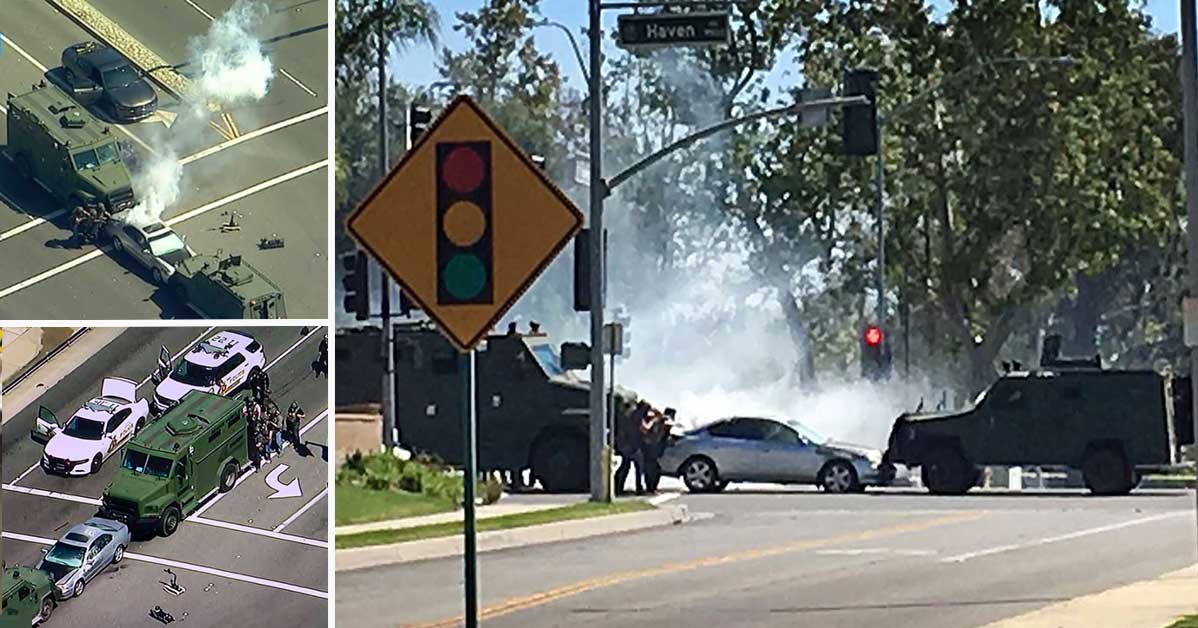 Police pursuits happen each and every day. However, not all of them end up going to crazy extents like this.

Let’s just say that you know you messed up when you tried to run away and eventually had the SWAT team roll up on you. Don’t get us wrong. No situation is good when someone finds themselves running away from law enforcement. Sticking around and trying to talk things out is always the better option. However, there is definitely a spectrum of bad and worse here. The SWAT team pretty much only comes out when things are a worst-case scenario.

In any case, this situation started off strange and got even stranger.

From the beginning, the police chase wasn’t exactly typical. The driver behind the wheel of the vehicle in question was going a stout 13 mph as police followed the vehicle. Before long, the vehicle would end up coming to a stop in the middle of an intersection. Normally, this would be where such a chase would probably end. However, when the driver refused to exit the vehicle, things only escalated from there.

In any situation, seeing the SWAT team approaching you is definitely not something you’re going to want to have happened. This time, though, it looks like that was what was necessary in order to get the driver out of the vehicle and keep everybody safe.

Down below, we’re able to tune in to see how the dramatic ending to the not-so-dramatic chase unfolded.

« Using a 60,000 PSI Waterjet to Try and Cut Through the HARDEST Materials