For the most part, we would probably wager that when the red and blue police lights ...

For the most part, we would probably wager that when the red and blue police lights go on, cars pull over most of the time. However, every once in awhile, there’s somebody who thinks that they’re faster than a police car. Most of the time, even if that is true, the car in question isn’t likely to get away because the numbers game will eventually get the suspect. Sure, someone might be able to outrun whatever lumbering ride the police officer is driving. However, it’s not likely that very many people are going to outrun strategy and a radio. Multiply this by the fact that a helicopter might even come out sooner or later and we find ourselves in a concoction where it’s always just best to pull over – not that you were actually thinking about running anyway, right?

This time, though, we bump into an individual who didn’t really have pulling over in mind. Instead, it looks like a variety of cars was pulling out of a car meet. Police zoned in on a red Dodge Challenger that was said to be a Hellcat. It’s kind of hard to tell from the video exactly what variety of SRT we’re looking at but supercharged or not, the car appears to be a heck of a lot faster than whatever the police officer in question is driving here.

In fact, the driver behind the wheel is so confident in this idea that he’s ready to risk his freedom for it. Instead of pulling to the side, the driver weaves in and out of traffic, strategically picking where he will go next before hopping on the highway. From there, it’s all about over as the Challenger zooms over the horizon and the police officer tailing him is forced to call it quits.

Below, we check in with the video that we can only describe as a bad idea on behalf of the person running away here. However, I guess that even every once in a while, even the worst teams in the league manage to luck their way into a victory. 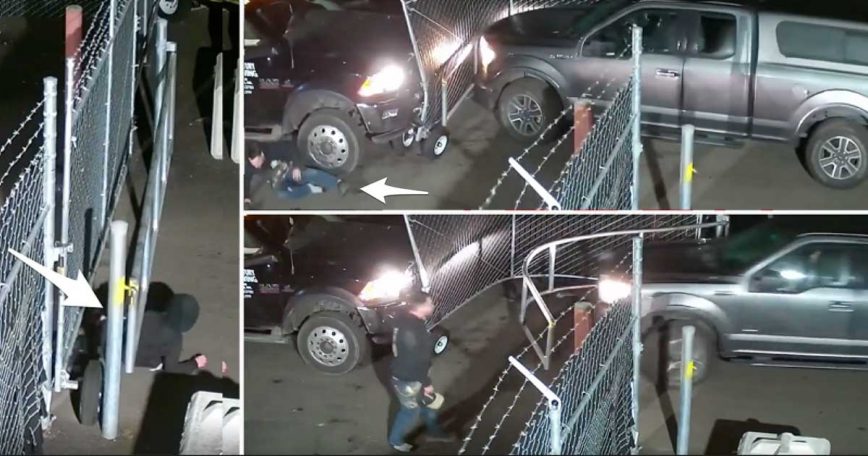