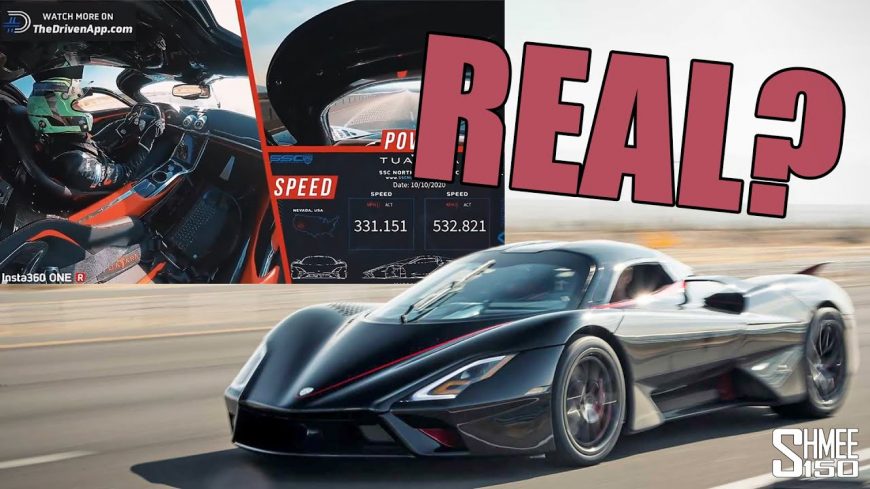 It was just four days ago that SSC North America released the claim that they were king. In the world of hypercars, it’s frequently a goal to be able to go out and achieve the highest possible speed. Naturally, achieving such a goal can play a big part in selling as many vehicles as possible. As such, many like Bugatti and Koenigsegg have chased down this record. However, by checking in with this article, you’ll be able to read about how the SSC Tuatara managed to smash both of their top speed runs… allegedly.

As with any run like this, it’s going to be looked at with a very strict eye by the audience. In other words, if there’s something funny happening, it will likely be brought into question. Many times, these conspiracy theories don’t hold much weight and fall by the wayside. This time, though, a credible YouTuber has taken a close look at the record run and seems to find some inconsistencies.

You see, if a top speed run happened on an open airstrip, there wouldn’t be many frames of reference. In other words, some sort of acceptable GPS tracking system would have to be on board in order to monitor the speed of the car. Beyond that, it would probably be pretty difficult to prove exactly how fast it was going.

However, when the record run happens on a closed down public highway, sometimes, the landmarks can tell the story.

Down below, we watch as Shmee150 digs into the record, taking a close look at how exactly it all unfolded. As it turns out, there were a couple of medians in the road that spelled out a little bit different story than what was presented as the record. While the case that something fishy happening is definitely strong, it could all be one big misunderstanding as well.

As for now, we await clarification from SSC on the matter.