If there’s one side of the electric vehicle that often times, a lot of average ...

If there’s one side of the electric vehicle that often times, a lot of average consumers might not consider, it’s their performance capabilities. When we really break it down and dig into it, these machines might be some of the best performers on the market today. I guess that at the end of the day, there are different vehicles that are built for different performance applications. However, when we consider the instant torque that an electric motor is able to make, it’s kind of hard to keep up if we’re looking at combustion engines straight off of the dealership lot.

Another thing to consider as well is that we are truly in the infancy of electric technology. While Tesla is one of the biggest automotive companies that exist these days, it’s important to remember that they’re really just getting in the swing of things. In fact, when we compare it to other competitors that are over 100 years old, Tesla is just a baby in the market. Their first mass-produced model came out just over a decade ago.

This time, we dig into some of the first steps in electric vehicle racing. In this one, VINWiki takes us along for the ride with one of the racing community’s most revered names in Randy Pobst. In this story, Pobst recalls a Tesla run up Pikes Peak that really got a little bit too close for comfort. When we think of Pikes Peak, we can’t help but think of the massive drop off that comes along with it. One false move in the wrong direction and you’re going for quite the ride with a massive fall beneath.

Fortunately, Pobst wouldn’t meet that fate but still got tied up in a pretty sketchy situation when wheeling a custom Tesla up the hill climb. This one is enough to make our palms sweaty, just from listening to the way that Pobst tells the story. 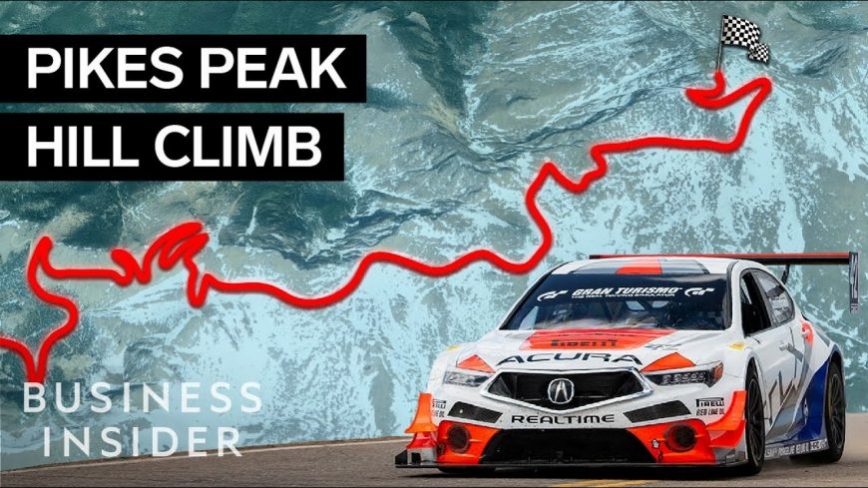